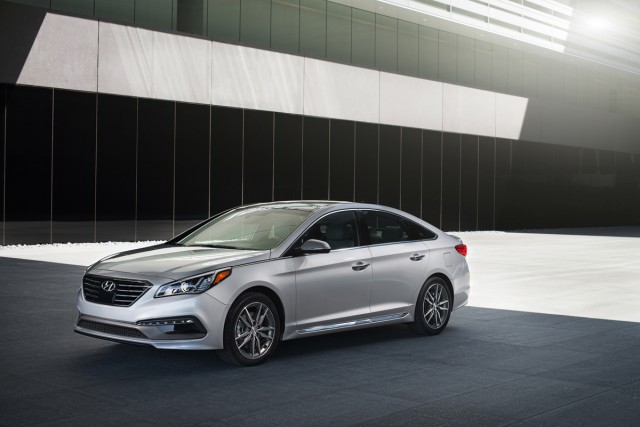 Hyundai Motor Company is issuing a recall for select Hyundai Sonata sedans from the 2015 model year. According to Auto News, some of those vehicles may be equipped with flawed seat belt buckles, which could dramatically increase the risk of injury to occupants.

The National Highway Traffic Safety Administration hasn't yet issued an official bulletin with full details about the recall, but early reports indicate that the problem with the Sonata is limited to the belt buckle associated with the front passenger seat. An issue with the metal tongue on the buckle can cause the device to jam, preventing the seat belt from fastening properly. Should that occur, the belt won't work as intended during a collision or abrupt stop.

The recall is limited to 2015 Hyundai Sonata vehicles built between between April 25 and December 4, 2014. Hyundai estimates that 140,000 vehicle owners in the U.S. and Canada will be affected.

We'll update this article as soon as official details become available. In the meantime, if you own a Sonata and have questions, we encourage you to contact Hyundai customer service at 800-633-5151.