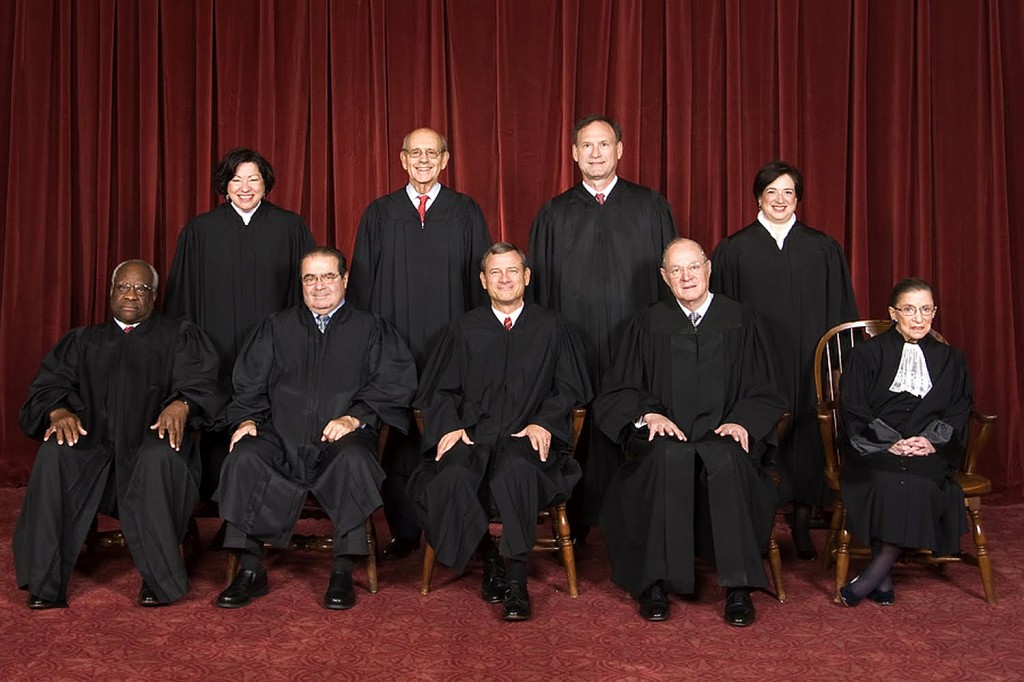 Supreme Court of the United States (2010)

In two separate rulings -- or rather, non-rulings -- the Supreme Court of the United States had dealt smackdowns to Fiat Chrysler Automobiles and Ford Motor Company.

According to Detroit News, SCOTUS refused to hear a case from FCA regarding the re-opening of dealerships shuttered in the wake of the Great Recession. As you might recall, FCA eliminated 789 dealerships around the time of its restructuring, which amounted to roughly 25 percent of its network.

Many of those dealers were unhappy with FCA's decision, and roughly 400 filed for arbitration -- a legal process that was enabled in legislation passed by Congress in 2009. Dealers who won in arbitration were offered the opportunity to rejoin Chrysler's network, but they weren't guaranteed spots.

Six years later, four shops that were successful in arbitration are still trying to get back in the game. Yesterday, they were given a boost by SCOTUS, which allowed a lower court decision to stand. That decision gave dealerships that prevailed in arbitration greater rights, including the bypassing of state franchise laws that, for example, govern how closely situated same-brand dealerships can be to one another.

The four still have to meet Chrysler's criteria for dealerships. Among other things, they must secure sites of at least two acres; build facilities at least 16,000 square-feet in size; and amass working capital of at least $986,500.

As far as Ford is concerned, the automaker lost its claim to $450 million in interest that accrued on payments made to the IRS.

The issue stems from tax payments that Ford made throughout the 1980s and 1990s. When the IRS determined that the automaker had overpaid, the overage was converted to an advance tax payment.

Ford argued that interest should have accrued on the overpayments from the time they were made -- interest that would've totaled around $450 million over three decades, according to Ford. However, the IRS responded that interest only began accruing when the sum was converted to an advance tax payment. The 6th U.S. Circuit Court of Appeals agreed with the IRS, and the Supreme Court allowed that ruling to stand.