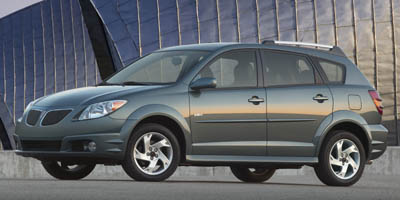 Last week, Toyota updated its long list of vehicles affected by the ongoing recall of Takata airbags. Eagle-eyed readers may have noticed that the Toyota Corolla Matrix (aka the Toyota Matrix) was on that list and wondered, "What about the Pontiac Vibe? Wasn't it essentially the same car?"

Indeed, it was, and that's why, as Detroit News reports, General Motors is recalling more than 243,000 Pontiac Vibes from model years 2003-2007 to replace their passenger-side airbags.

The Vibe has been involved in several other Takata-related recalls. However, some of those recalls were missing quite a few vehicle identification numbers (or VINs); others were limited to specific geographic areas and/or to replacement of driver-side airbags. This update includes Vibe models nationwide that were manufactured between January 18, 2003 and June 6, 2007 for the 2003-2007 model years.

To date, Takata's airbags have been linked to at least eight deaths and scores of injuries worldwide. The problem with the devices stems from moisture intrusion, which can destabilize the ammonium nitrate that Takata uses to inflate the airbags (and which Takata still insists is totally 100 percent safe).

For a full recap of the recall saga, click here.

If you believe that you own one of the vehicles affected by this recall, sit tight: you'll receive a recall notice from General Motors instructing you to take your car to a dealership, where the passenger-side airbag inflator will be replaced at no charge.

We also encourage you to visit the National Highway Traffic Safety Administration's website and check the VIN of your car to see if it's subject to this or any other recalls. While you're there, you can sign up for recall notifications by email and mobile device. You'll find complete details about all that here.