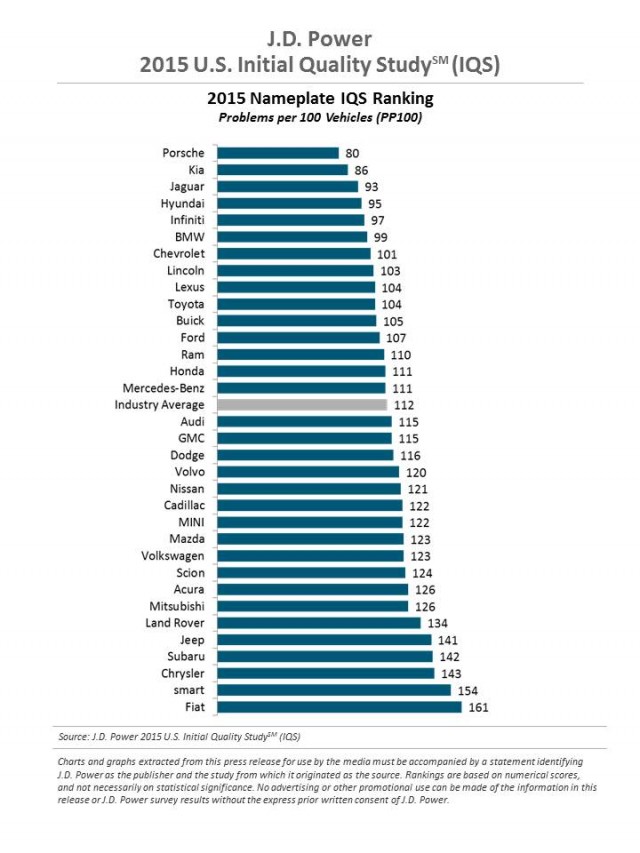 Research powerhouse J.D. Power has released its 2015 Initial Quality Study of U.S. vehicles, and it's full of interesting info for anyone in need of a new car.

Along with its Vehicle Dependability Study, the IQS is one of Power's most eagerly anticipated publications of the year. Both examine the number of problems experienced by new-car owners: the VDS tracks those problems over a full three years, while the IQS looks at just the first three months. This year's IQS was culled from data supplied by more than 84,000 new-car buyers and lessees of 2015 model-year vehicles.

There's a lot of data contained within the report. We've pulled out some of the most important bits and put them in tasty, bullet-point form for easy digestion:

There's a lot more data to sift through if you have time. Embedded above, you'll find a video of Power's Renee Stephens, discussing some of the company's findings, plus lists of top-performing cars, trucks, and SUVs.