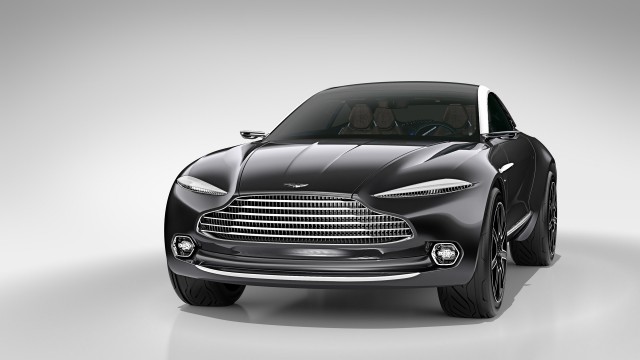 Back in April, we reported that British marque Aston Martin might be building a new factory -- one in the U.S. -- and that several Southern states were aggressively courting the luxury automaker. Though Aston hasn't yet confirmed its plans, Detroit News says that the company is leaning heavily toward setting up shop in Alabama.

Why Alabama? There are at least two reasons (beyond the usual three):

1. Aston Martin is trying to boost sales from the 4,000 units it moved last year to the 7,000 it was selling prior to the Great Recession. Longer term, the company wants to see annual figures in the 15,000 range. To reach those numbers, Aston will need to increase production fairly dramatically. It has the capacity to build around 10,000 vehicles per year at its current facility in the U.K., but based on Aston's growth plans, that's not enough room to accommodate the company's DBX SUV, slated to roll out in 2019 -- and as we've all learned by now, SUVs are key to growing sales, particularly in the U.S.

2. Building a factory in Alabama would be a smart move for production of the DBX -- not just because it's in the U.S., where many of the SUVs would be sold, but also because of its proximity to Mercedes-Benz's facilities, which are in Alabama as well. The two companies have worked together for some time on other vehicles, and Mercedes' parent company, Daimler, supplies Aston with engines and electronic components for some of the latter's cars. As plans for the DBX firm up, it's entirely possible that Daimler and/or Mercedes could crank out components for the SUV, too.

That said, Aston's CEO Andy Palmer insists that Southern states aren't the only ones pursuing the automaker. In fact, various governments in the U.K. have been trying to sweeten the pot and keep Aston on that side of the pond. The company says that it will formally announce its construction plans in the third quarter of this year.