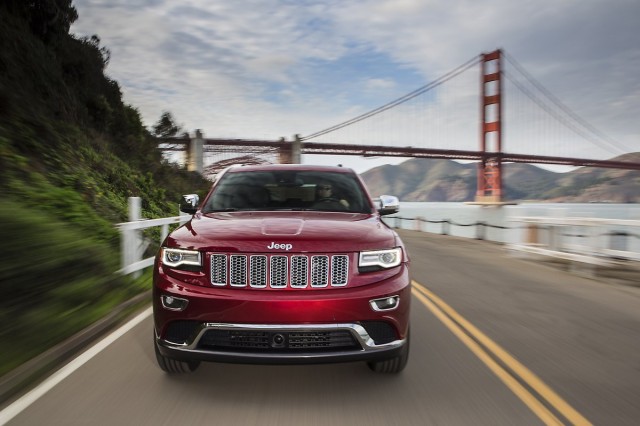 The National Highway Traffic Safety Administration has launched an investigation of the 2014 Jeep Grand Cherokee. According to documents from the Office of Defects Investigation, NHTSA has received a number of complaints from owners about the Grand Cherokee's collision avoidance system.

To date, nine owners of the 2014 Grand Cherokee have filed such complaints, and it's possible that more have been submitted directly to Fiat Chrysler Automobiles. In each situation, the vehicle was in motion when the autonomous braking system was triggered for no apparent reason. In a couple of instances, deceleration was severe enough to trigger the anti-lock brakes. As the investigation document explains:

NHTSA notes that no accidents, injuries, or deaths have been linked to the problem.

This officially marks the beginning of NHTSA's Preliminary Evaluation phase, during which agency employees will work with FCA to assess the complaints and make some guesses about what the underlying problem might be -- if indeed one exists. Depending on their findings, the investigation could move to phase two, the Engineering Analysis, where NHTSA will attempt to recreate the problem under lab conditions.

If warranted, NHTSA may request a recall of affected Grand Cherokee models. Should that happen, it could mean a visit to the dealership for 20,000 owners in the U.S.