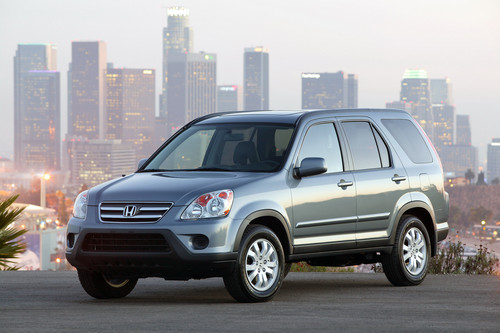 Two weeks ago, after months of haggling with federal regulators, Takata finally agreed to replace the potentially deadly airbags it provided for 34 million U.S. vehicles.

Previously, the company had limited repairs to cars registered or sold in humid states and territories, because that kind of moisture appears to make the airbags explode upon deployment. (The devices are responsible for at least six deaths and dozens of injuries.) Now, however, Takata is replacing airbags from coast to coast.

As a result, automakers have been furiously updating their recall lists and sending new notices to owners. Today, Takata's biggest customer -- and, some would say, ally -- Honda, has released an updated roster of recalled Honda and Acura vehicles that need to be brought in for repairs. The list includes:

All told, that brings the number of U.S.-registered Honda and Acura vehicles recalled for Takata airbags to 5,100,000.

Technically, this recall is only meant to replace driver-side airbags. (Though the National Highway Traffic Safety Administration has pushed hard for nationwide recalls of driver-side devices, it's been comfortable with the idea of with limiting recalls of passenger-side airbags to humid areas of the country.) As we reported last year, though, Honda will replace passenger-side devices, too, if customers request the fix.

Honda says that it will mail recall notices to owners no later than July 1. After receiving those notices, owners will be able to take their vehicles to a Honda or Acura dealer, who will replace the driver-side front airbag inflator at no charge.

Already had your Honda or Acura repaired? We may have some bad news. If that repair took place before September 12, 2014, the replacement inflator you received may be at risk of exploding, too. You'll need to take your car in for service again.