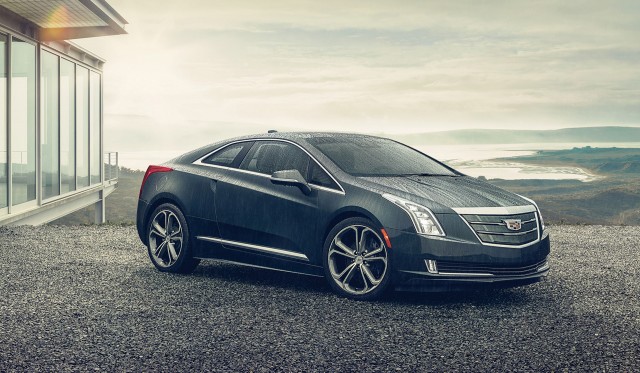 It married the Voltec powertrain of the Chevrolet Volt with sleeker styling and a more upscale interior. But when the ELR went on sale late in 2013, one thing immediately overshadowed all of its good points: The car's roughly $75,000 base price—more than twice that of the Volt—was simply too high.

That's reflected in the ELR's slow sales thus far; and in the 2016 Cadillac ELR, the price is being lowered.

And now, one of its top executives now openly admits the original price was a bad idea.

"The MSRP was, indeed, a mouthful," Cadillac marketing chief Uwe Ellinghaus said in a recent interview with Bloomberg.

However, he didn't place all of the blame on Cadillac itself. Ellinghaus maintained that the initial price reflected a higher level of standard equipment than could be found in competing models—but that customers simply wouldn't acknowledge that.

"We overestimated that customers would realize our competitors were naked at that price," he said. Naked or not, the ELR simply doesn't offer the performance of, say, a Tesla Model S, or non-electric coupes of a similar price like the BMW 6 Series.

Ellinghaus did not have any say in the initial ELR pricing decision. According to his bio on the Cadillac media site, Ellinghaus joined General Motors January 1, 2014—just as the first ELR coupes were delivered to dealers.

Cadillac delivered a handful of cars in December 2013, ramping up deliveries in January 2014. And over the past 18 months, the carmaker has delivered just 1,835 ELR coupes.

Sales were so slow that Cadillac skipped the 2015 model year; and for remaining 2014 models, some New York-area dealerships have been reportedly selling the revised car for even less—around $50,000.

In addition to lowering its price, Cadillac is attempting to further differentiate the ELR from the Volt with performance upgrades. Thanks to some software changes, power output is now 233 horsepower and 373 pound-feet of torque. That's 26 hp and 78 lb-ft more than before.