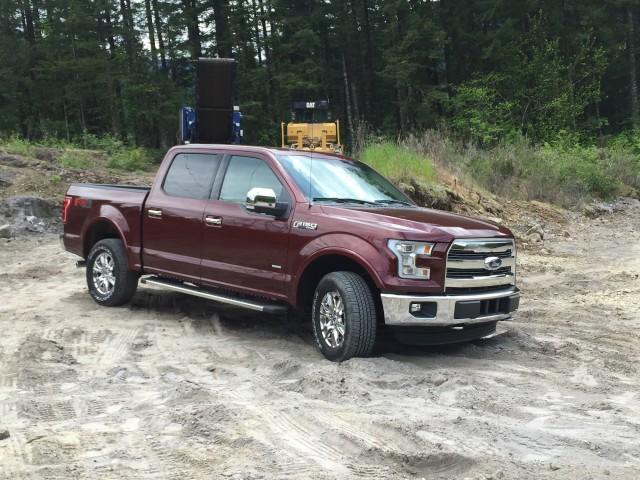 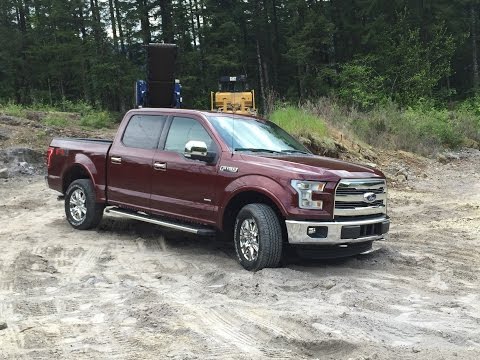 Quick! Name the best-selling truck, and vehicle, in the U.S. If you said anything other than the Ford F-150, you’re wrong.

The F-150's been on top of the sales charts for more than 30 years. And even though Ram, Chevy, and GMC have upped their game, Ford intends to stay number one with its toughest truck yet--an F-150 with a lighter aluminum body.

First things first: this isn't aluminum like the soda can you picture in your head. It's tougher stuff, and it doesn't make the F-150 look any different. In fact, you'll have a hard time telling this F-150 from the 2014 model; the looks haven't changed very much at all.

Inside, the F-150 feels like home. It's updated, but not reinvented. The shoulder lines on the sides are low, for great visibility. The dash has big knobs and buttons that are easy to use even if you’re wearing work gloves, and top versions get the full luxury treatment, with wood and leather.

How does the new F-150 do at carrying people and everything heavy? It depends on how you order it. The two-door Regular Cab seats three max, and the extended SuperCab has a little cargo space behind the front seat. Most people will buy their F-150 as a four-door SuperCrew like this truck--and no matter what size you are, we guarantee you'll fit inside it easily, front or back.

What else fits? Between the front seats, there's lots of room in storage bins and in the center console. It's big enough to hide a decent-sized laptop. In back, you can tuck some things under the rear seats, or fold up the seats against the bed wall when you don't have friends or family along for the ride.

Out in the bed, there's room enough for just about anything, depending on the body style. Ford offers five-and-a-half, six-and-a-half, and eight-foot beds, big enough for sheets of plywood, cubic yards of mulch, or all kinds of toolboxes. The best touches on the F-150 are clever features like in-bed loading ramps, tie-down cleats, and LED bed lights. Our favorite? The tailgate step that slides out with the picket-style handrail. No more falling out of bed....get it?

The EPA gives those engines better fuel economy across the board than the last F-150. But at 26 miles per gallon highway, at best, the F-150's bested by the Ram EcoDiesel's 29-mpg highway rating, with the GM trucks not far behind.

On the road, the F-150's diet has done some amazing things. Electric power steering is now standard across the board, and it’s light and quick. While the F-150 doesn’t have the trick rear-coil or air-spring setup like the Ram 1500, or adaptive dampers like the GMC Sierra Denali, even so, its ride is pretty good, if a little more active than the Ram or the GM twins.

Safety is best in the truck class. The F-150 gets a five-star rating from the Feds, and offers trick options like second-row inflatable seat belts, 360-degree view cameras, blind-spot monitors, and forward-collision alerts.

The F-150 starts from just under $26,000 and, well, the sky's the limit from there. Build your own version, from work truck to play truck, and you could end up facing a $60,000 sticker price. Our well-equipped Lariat model rang the bell at just about $56,000. If that hits a sour note--just try pricing a Sierra Denali or Ram Laramie Longhorn.

So what’s the bottom line with the 2015 Ford F-150? Its aluminum skin is revolutionary, but there's nothing new or unproven about the way it works hard, every day.