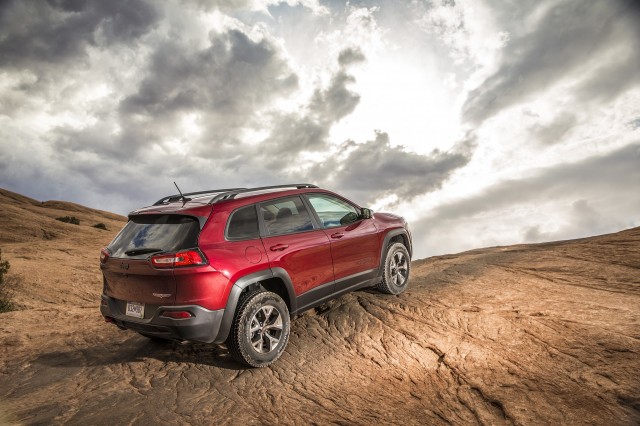 Back in February, Fiat Chrysler Automobiles recalled more than 228,000 Jeep Cherokees to upgrade software associated with the SUV's airbags. As we reported at the time, the airbags in some Cherokee models had deployed without warning when the vehicles were engaged in "extreme maneuvers" that caused the vehicles to tip one way or the other (e.g. during sharp turns or while traveling over rough terrain).

FCA has now expanded that recall to include slightly more than 62,000 additional Cherokee vehicles registered in North America. However, the recall is still limited to vehicles made for the 2014 and 2015 model-years. FCA notes that it has received no new reports of incidents, accidents, or injuries linked to the problem.

FCA says that once Cherokee owners receive recall notices, they'll be able to take their vehicles to a Jeep dealership for a software upgrade that will adjust the threshold for airbag deployment. The upgrade will be carried out at no charge.