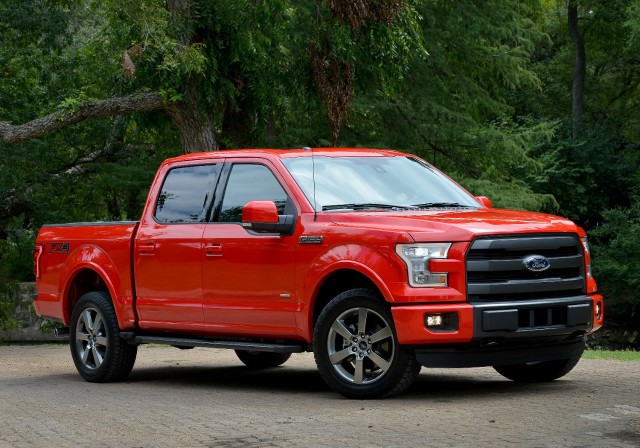 The 2015 Ford F-150 makes some great leaps ahead, with its aluminum-intensive, aerospace-styled construction, fuel-efficient turbocharged engines, and tech-loaded cabin.

But the safety of this aluminum-bodied F-150 has been an open question—until now, with the release of full crash-test ratings from the National Highway Transportation Safety Administration (NHTSA).

In tests conducted in February but finalized and posted this week, the 2015 F-150 has achieved top five-star ratings in the Frontal Crash and Side Crash categories of the New Car Assessment Program (NCAP). It’s earned five stars in all the subcategories of those, including the Side Pole test, which simulates a 20-mph crash hitting a narrow object like a tree or utility pole.

So far these results only apply to Super Crew versions of the F-150—the models with four full-size doors, spacious back seats, and available inflatable seat belt system. Regular and SuperCab (extended-cab) models aren’t yet included in the five-star branding. That said, the F-150 is the best-selling vehicle in the U.S. market, so it should help plenty of shoppers make a more informed decision.

Safety ratings also haven’t yet been released by the other U.S. group that conducts crash-testing, the Insurance Institute for Highway Safety (IIHS). Last year’s model achieved top ‘good’ results from the IIHS in all categories for which it was tested—although it lacked results in the small overlap frontal test, which is often a differentiator among new vehicles that otherwise perform well in crash tests.

So far the 2015 Ford F-150 hasn't seen any huge difference in insurance premiums because of its aluminum body-panel construction (over a steel frame), and it makes some major advances in its roster of active-safety features, all of which might help avoid accidents. While the 2014 F-150 didn’t offer any such features, the 2015 model steps up to blind-spot monitors, a lane-keeping system that will make steering adjustments to help keep you in your travel lane, adaptive cruise control, and the inflatable belt system.