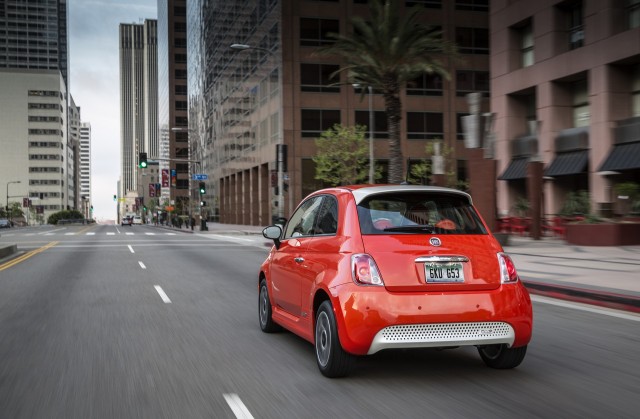 Fiat Chrysler Automobiles has issued a recall for 2013, 2014, and 2015 models of the fully electric Fiat 500e. According to a bulletin from the National Highway Traffic Safety Administration, some of those vehicles may suffer from a software glitch that could cause them to stall in traffic.

The problem stems from two systems that control the electric car's battery pack -- namely, the Electric Vehicle Control Unit (EVCU) and the Battery Pack Control Module (BPCM). The trouble occurs when something goes wrong and the BPCM puts the 500e in "limp home" mode, which cuts output but allows the vehicle to keep moving long enough to reach a charging station or service area.

Unfortunately, the software on the EVCU doesn't recognize the "limp home" command, which ultimately causes the 500e's high-voltage battery system to shut down. That creates a stall-like condition that brings the car to a complete halt. Should that happen in traffic, it could dramatically increase the likelihood of an accident.

Thankfully, the 500e's safety, brake, and steering systems are managed by a completely different, 12-volt battery, which is unaffected by the software problem.

Also thankfully, NHTSA says that "The system can be reset and perform normally after cycling the ignition key up to three times". (Though it's not clear whether that's enough to bring the 500e back to full power or just back to "limp home" status.)

The recall affects vehicles manufactured between March 27, 2012 and November 1, 2014. All told, 5,660 U.S.-registered vehicles are included in the recall.

FCA says that it will send recall notices to owners no later than May 15, 2015. After receiving those notices, Fiat 500e owners can take their vehicles to a dealership, where the car's software will be upgraded to ensure compatibility.