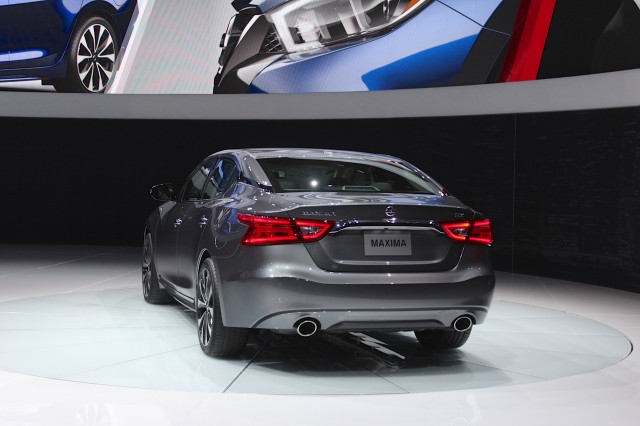 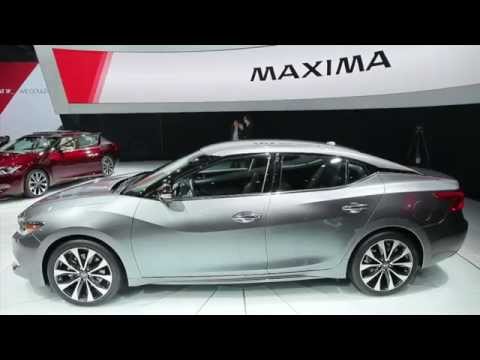 For the past decade, the Nissan Maxima has been having an identity crisis. Originally it was Nissan's family sedan, then it became its so-called "four-door sports car." Today it shares most of its running gear with the less expensive Altima.

So how does the Maxima move forward? It's all about style.

Nissan says the new Maxima looks like nothing else on the road today, and we have to agree. It's dramatically styled along the lines of the Murano crossover. The distinctive profile looks edgy and exciting, and the floating-roof design is about as far from the Altima as you can get.

Inside the Maxima has a driver-focused cockpit with a center stack canted towards the driver. The interior makes big strides over the current car, with a padded console and genuine stitching on the instrument panel, doors, and console. There’s a flat-bottom steering wheel and some models features Alcantara suede trim. Heavily bolstered sports seats are standard.

The new Maxima’s loaded with standard tech including standard navigation, an eight-inch color touchscreen, and a seven-inch Advanced Drive-Assist Display within the instrument cluster.

Powering the Maxima is a 300-horsepower 3.5-liter V-6. Power is sent to the front wheels through a continuously variable transmission. There’s a new Drive Mode Selector with Sport and Normal modes to adjust throttle response, transmission tuning, and steering feel. A new SR model ups the performance ante with a stiffer suspension setup.

On a more practical front, Nissan estimates the Maxima will have EPA ratings of 30 mpg highway and 22 mpg city. Safety gear will include a rearview camera, Bluetooth, a forward-collision warning system with automatic braking, intelligent cruise control, and blind-spot monitors. A surround-view camera system is an option.

The Maxima hits showrooms this summer starting from about $33,000.