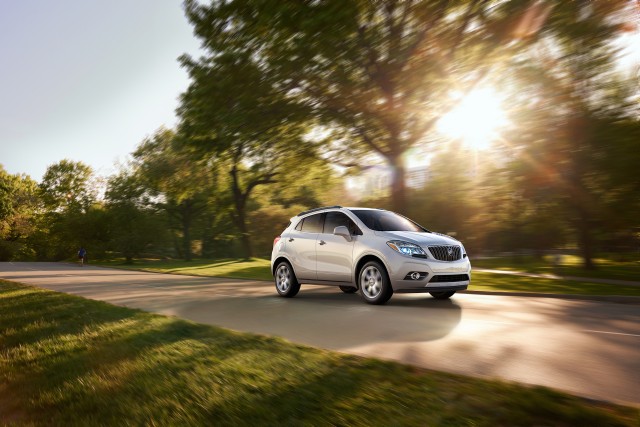 General Motors has issued a recall for Buck Encore and Chevrolet Trax vehicles from the 2015 model year. According to a bulletin from the National Highway Traffic Safety Administration, some of those vehicles may suffer from an electrical flaw that could cause them to lose power steering suddenly, increasing the risk of an accident.

If that sounds familiar, it's because GM recalled about 70,000 Chevrolet and Pontiac vehicles for a similar problem in February, and additional Chevrolet, Pontiac, and Saturn vehicles last summer. This time around, the cause is slightly different, but the manufacturer of the component remains the same: Nexteer Automotive.

In a defect notice, NHTSA says that:

The fix involves an inspection and potential replacement of the steering column assembly, which will be carried out free of charge.

The recall doesn't affect all Encore and Trax models, only those built between certain dates:

All told, 2,295 vehicles registered in the U.S. are affected by the recall.

Repairs will begin after GM mails recall notices to owners. Although GM hasn't indicated when it will send those notices, in a memo to dealers, the automaker says that repair parts should be available around April 1.