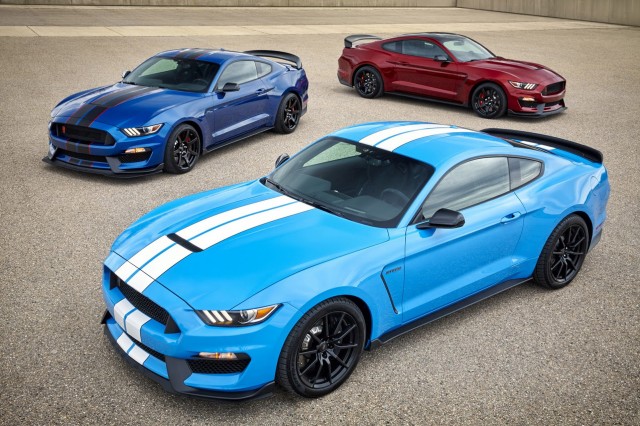 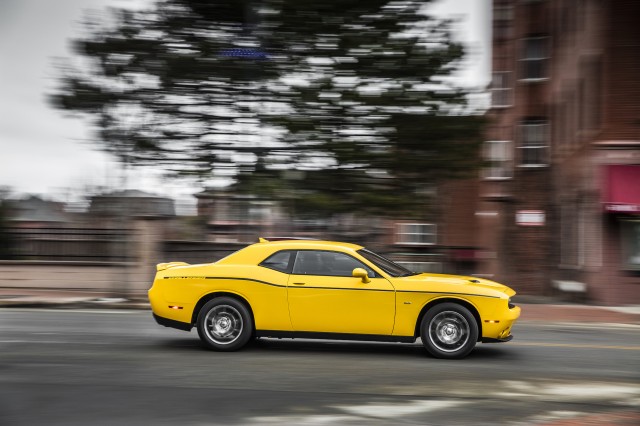 Muscle-car fans aren't like other car shoppers. They know what they want, and they're highly unlikely to switch allegiances from Chevy to Dodge to Ford.

But maybe you're new to the world of smoky burnouts? Before you buy, it’s worth comparing two of the longest-lived muscle cars on the market: the Ford Mustang and the Dodge Challenger.

MORE: Read our reviews of the 2017 Dodge Challenger and 2017 Ford Mustang

Both cars trace their histories to the 1960s, but both have evolved into completely modern machines. The Ford Mustang was new for 2015, with a fresh look and improved equipment. The 2015 model year brought the Dodge Challenger its biggest updates since its current-generation launch seven years ago. Both are essentially unchanged for 2017, though a new arrival tips the scales more heavily in one direction.

By the numbers--our numbers--the Mustang walks away with this one. (Read more about how we rate cars.) 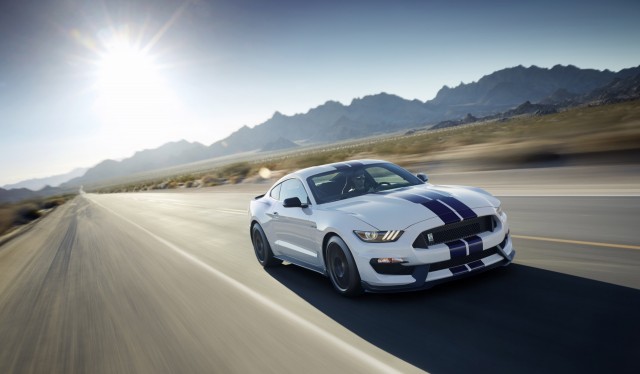 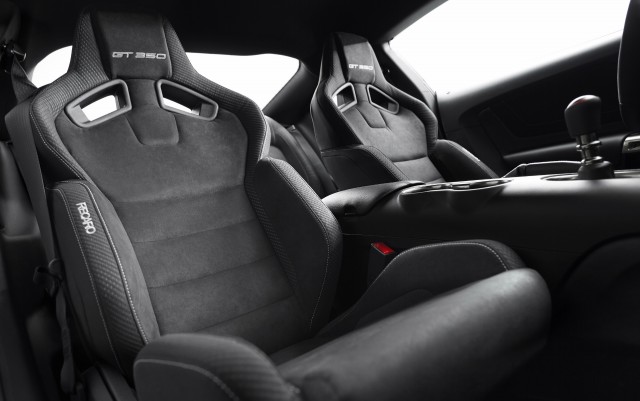 Under the hood is always a good place to start with a muscle car. The Ford Mustang GT packs the expected V-8, a 5.0-liter Coyote engine rated at 435 horsepower and 400 pound-feet of torque. A V-6 engine is also available, offering 300 hp and 280 lb-ft from its 3.7 liters. But one new offering is intriguing: a 2.3-liter turbocharged four-cylinder good for 310 hp and 320 lb-ft. And another is simply mind-blowing: a new Shelby GT350 model hustles out 526 hp from a flat-plane-crank V-8, and in R trim, is one of the most sensational track cars we've driven this year.

The Dodge Challenger has its own impressive selection—but it takes things in the other direction from Ford’s 4-cylinder. Instead, the top model of the Challenger packs a 707-hp 6.2-liter supercharged V-8, and wears the title “Hellcat.” Below that sits the 6.4-liter Hemi found in the R/T Scat Pack and 392 Hemi Scat Pack Shaker models. Rated for 485 hp and 475 lb-ft, it’s a serious mill for a serious muscle car. Yet another V-8 is also available in the R/T range: the 5.7-liter Hemi, rated at 400 hp and 375 lb-ft. Finally, a 3.6-liter Pentastar V-6 engine is also available, promising 305 hp and 268 lb-ft.

Both Mustang and Challenger offer a choice of automatic or manual transmissions on most models.

So which of these muscle cars has the best muscle? That’s a loaded question, as the powertrains only tell half the story. Still, for those seeking the raw brawn of the muscle car golden age, the Challenger has a leg up on the Mustang.

The other half of the muscle car performance story is told in the handling. Here, the Mustang’s newer origins and overall lighter-weight mission  have their advantages. Add to that the Mustang’s adoption of independent suspension on the rear axle as well as the front, and you have the best-handling Mustang yet—even before you consider the GT350 and its magnetic adaptive dampers. The Challenger, on the other hand, is a large, heavy muscle car, even in Hellcat and R/T Scat Pack spec. That means you won’t be carving up canyon roads with the imported sports car clubs come the weekend—though the Mustang well might.

Of course, we have to live with our toys as well as play with them, and here the Mustang and the Challenger stand on rather equal footing. 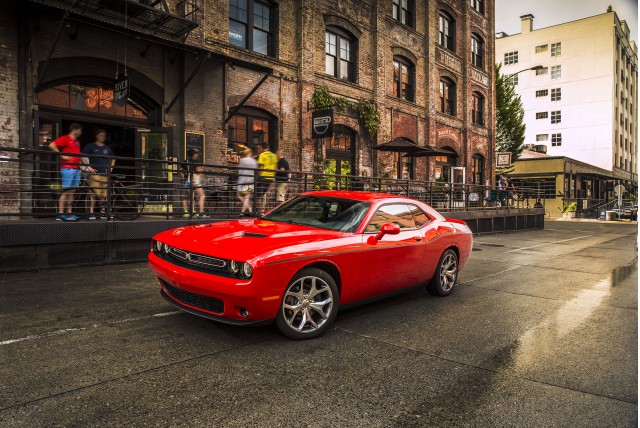 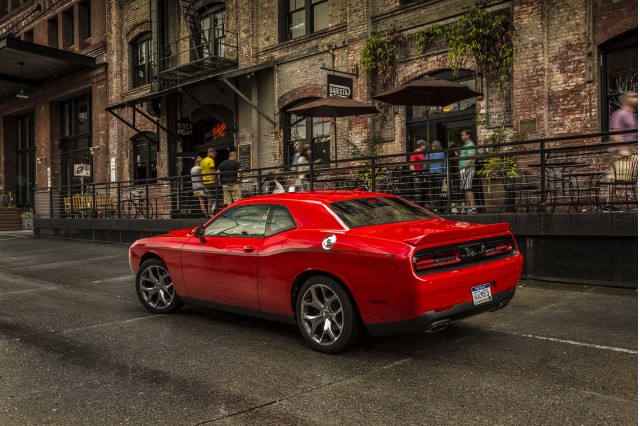 An new interior for the Challenger gives it a fresh new look and feel, with some nice tech coming along for the ride. A 7.0-inch TFT instrument cluster screen and a 5.0-inch screen handles infotainment duty, with an 8.4-inch touchscreen available. The Connect infotainment system is among the best in the business for both looks and ease of use, with SD, USB, auxiliary input, navigation, and more.

The Mustang is still new, but its cockpit is very familiar—just updated. With a similar retro-modern look to the previous Mustang, with old-school-style gauges nestled in modern plastics, Ford’s SYNC with MyFord Touch infotainment system with available Track Apps (performance-measuring abilities) centered in the dash. While feature-filled, SYNC does feature a bit of a learning curve, and has earned a reputation for some quirky behavior. It's being replaced by a clearer, cleaner SYNC 3 system for the 2016 model year.

Beyond that, it’s mostly a matter of personal preference—both cars offer plenty of room in the front seat, but the Challenger’s rear seats are usable by adults—provided you can get behind the front row to get into them—while the Mustang’s are best reserved for smaller kids and cargo. Both earn very good crash-test scores, though the Mustang may pull away here as soon as the IIHS weighs in with more tests; it scores better than the Challenger in the NHTSA's tests.

Otherwise, it’s a beauty contest—which old-school-meets-new-school look turns you on the most? For our dollar, both the Challenger and the Mustang offer plenty to love: brawny performance, entertaining high tech, comfortable cruising. We're huge fans of the Mustang's track-ready versions and its much improved handling, but like the Challenger's retro silhouette and its ground-shaking Hemi. You can't really go wrong with either one.

7.3
Expert Rating
From base to Shelby, the 2017 Ford Mustang reminds us why America loves its pony cars so damn much.
6.7
Expert Rating
Charting a decidedly different course than the Mustang and Camaro, the Dodge Challenger is a touring coupe with unmatched bravado.

8.0
Expert Rating
The Mustang casts a charming vintage shadow; the cockpit could tidy itself up a bit.
Read More
8.0
Expert Rating
Some things never get old. The Dodge Challenger was a classic the minute it burnt its first rubber.
Read More

9.0
Expert Rating
Savor the V-8 burble while you still can; the GT and GT350 are our favorite Mustangs of all time.
Read More
8.0
Expert Rating
Even the V-6 Challenger is quick, but the V-8s do the modern muscle car thing especially well.
Read More

4.0
Expert Rating
It's better than the one in the Camaro, but no one's going to volunteer to ride in the Mustang's back seat.
Read More
6.0
Expert Rating
Given its big footprint, you'd think the Dodge Challenger would offer more interior space.
Read More

9.0
Expert Rating
They're not quite snowflakes, but there's no reason for any two Mustangs to be exactly alike.
Read More
7.0
Expert Rating
Dodge will build you a Challenger in just about any flavor (or color) you could ever want.
Read More

6.0
Expert Rating
With 4- and 6-cylinders, the Mustang turns in acceptable fuel economy; you're on your own with the V-8s.
Read More
6.0
Expert Rating
No V-8 Challenger is a miser, but the V-6's 30 mpg highway isn't bad.
Read More

Rear Wheel Drive Read Full Specs
Rear Wheel Drive Read Full Specs
Compare Free Dealer Price Quote
With competitive price quotes from multiple dealers, you will be prepared when you meet your local car dealer. Please tell us how to contact you so that dealers can compete for your business!
2017 Ford Mustang
There are no Ford dealers in our network that are located near the ZIP code.
2017 Dodge Challenger
There are no Dodge dealers in our network that are located near the ZIP code.
Thank you!
We have sent your request for price quotes on the 2017 Ford Mustang and 2017 Dodge Challenger to the dealers you requested. They should be in touch shortly.
The Car Connection's dealer quote process is powered by our partner site CarsDirect.
Your request for a fast, free price quote on a 2017 Ford Mustang and 2017 Dodge Challenger is in process. The CarsDirect Dealer(s) listed below will contact you shortly to discuss your request and to provide a quote. If you have questions now, you can contact the dealer(s) directly using the information provided below or contact CarsDirect's award-winning customer service team at 1.888.CarsDirect (1.888.227.7347) or [email protected]
For your reference, your customer transaction number is .
Tell us a little bit about yourself
Looking for dealers in your area...

*As configured. Excludes taxes, title, license and other customary fees, such as dealer documentation fees, tire and battery disposal fees and, where applicable, finance charges. By clicking on “Get Your Price Quote Now”, you agree to our Terms of Use (including the Supplemental Terms) and Privacy Policy. You further consent to being contacted at the number you provided by CarsDirect and certain participating automotive dealerships, which may include autodials, text messages, and/or pre-recorded calls; this consent is not a condition of purchase or service. Message and data rates may apply.
Have feedback about this experience?
Let us know.
Tags:
2017 Compare Cars Dodge Challenger News Dodge News
2021
The Car Connection
See the winners »
2021
The Car Connection
See The Winner and Nominees »