Relax, Hertz Doesn't Want to See Everything You're Doing (Or Does It?) 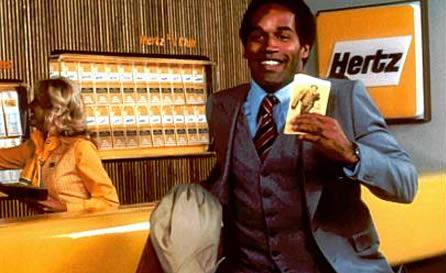 We do stupid things in the car. We eat, we sing, we shout at other people, we pick our noses.

We do all that because, despite the fact that we're surrounded by glass, we think no one can see us. But can they? If you're behind the wheel of a Hertz rental car equipped with NeverLost, don't be too sure.

MUST SEE: The 10 Most Expensive (And Least Expensive) New Cars To Insure

In theory, the NeverLost navigational system is a great idea. After all, if there's any time to use navigation, it's when you're driving through unfamiliar territory -- the kind you might traverse in a rental car. Plus, NeverLost is backed by TomTom, which...well, which keeps TomTom in business. So, that's something.

So, why are they there at all?

According to Hertz, they're there for videoconferencing.

Yes, Hertz's head of communications, Rich Broome, says that videoconferencing is hot, hot, hot now, and the company has a hunch that drivers will want to Skype from the road in the near future. So, since Hertz was upgrading its NeverLost systems anyway, it decided to add cameras and mikes last year.

The good news is that there are privacy protections in place to alert drivers if and when NeverLost's camera ever goes live -- specifically, a light that illuminates when it's active. And Broome says that the idea is to have consumers in charge of activating and deactivating the camera.

The bad news is that the hardware is in place, and it could be activated with a simple software update. And of course, there's no guarantee how the on/off function could work if/when that happens.

On the surface, this seems innocuous, like something that Hertz might truly be doing to improve the customer experience.

Unfortunately, the NeverLost upgrades have come at exactly the time that privacy is becoming a real concern with many car owners. Progressive, for example, encourages customers to try its Snapshot device, which keeps tabs on when, how, and how far drivers travel. The state of Oregon is preparing to do the same thing. License plate readers are everywhere, and there's no regulation that forces operators to purge their records, meaning that years of our travel habits may be stored on servers for who-knows-how-long.

Look, we're not normally prone to don tinfoil hats -- it's really not our M.O. So, if we're a bit freaked out about privacy and Big Brother and all that, it probably says something about the fragile state of privacy today. Hertz probably should've seen this coming.