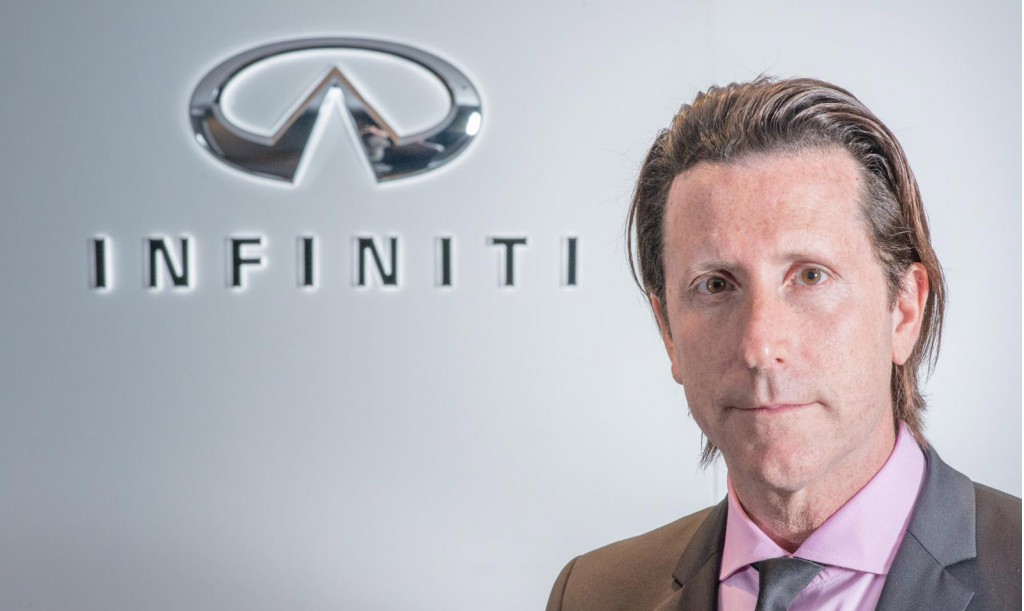 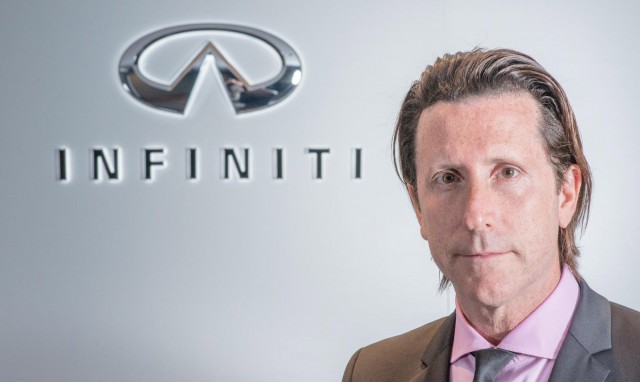 Infiniti has some grand plans. It’s taking the brand global, and to do that it’s completely redoing its product line, with a total of nine models expected in the next couple of years.

Getting some smaller models into the lineup—like the QX30 crossover, closely previewed by QX30 Concept shown at the Geneva Motor Show earlier this month—will be an important turning point, as will injecting a dramatic new styling direction into the lineup.

MUST SEE: The 10 Most Expensive (And Least Expensive) New Cars To Insure

On the floor of the Geneva show, we caught up with Infiniti design chief Alfonso Albaisa and had a wide-ranging discussion not just on how the brand aims to accomplish such change, but on what shaped the QX30 and what could guide future design at the brand for vehicles with electric powertrains, or for performance models.

Read on to get a better idea of the look, feel, and inspiration of Infiniti’s future. 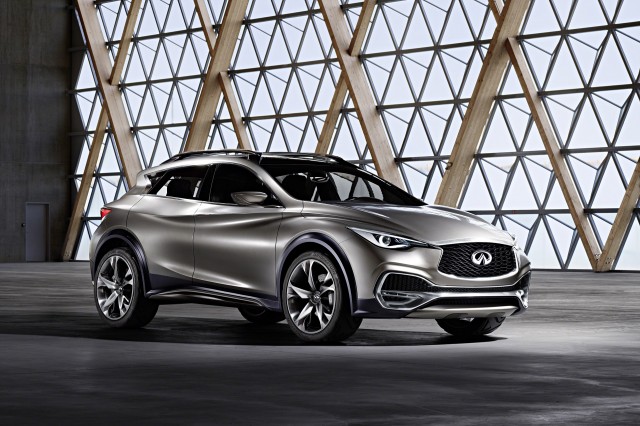 The QX30 and Q30 share their powertrain and its platform with the Mercedes-Benz GLA and CLA. To what degree are there ‘hard points’ affecting what you can do with design?

It depends on how you define ‘hard point,’ because for pedestrian [safety], for instance, where you have an 80 or 90 millimeter zone around that component, those components are actually shared with Daimler and us. In a sense of our collaboration [between Nissan and Daimler], this [QX30] was the first one. So we have some common practices that we share, some common sections for structural areas. Probably the B-pillars are very close to each other...but not body sections.

To the customer, this is not apparent. Underneath the instrument panel, crossmembers, for example. These are leveraging the alliance; companies are doing this everywhere.

For this one, it’s a much tighter collaboration on an understood package, so they’ll be much closer than other cars that are being codeveloped...We’re now at that phase of the relationship where we can have greater differentiation, and still leverage to scale what’s common. And we’re just discovering that we can be dramatically different and still common. The word platform has changed so much in the past ten years.

The dream of designers and engineers working on geometry and hinging and stamping, this is real. And it’s something that we’ve really worked on in both of these cars.

How does Infiniti plan to go global yet balance the different perceptions of luxury between markets?

I think that for a long time, we were a very American-focused brand. So the scale of the cars, and the engines of the cars, and the behavior of the cars, was quite well suited to the American market. One of the big steps for us, and how we were able to move the brand global, is understanding it’s not just style. It’s also in engines and size, and the attitude.

We’ve handled the fact that the size and the scale need to be different—we’re taking care of that. In China they want this feeling of something that’s bespoke, a feeling of rarity, even when you’re building a lot of them.

The Q30 will be the first with that level of personalization... This is going to be our unique positioning, is that you through design you have this sense of bespoke, almost custom-car feeling. There’s a little hint of classicism, but they’re progressive, emotional.

What we had in the past was a little bit of an inconsistency of product, and managing the message. Our message is very focused, it’s about the artistry and the tailoring, and it’ll come at the customer in multiples. All nine cars are being designed now at the same time, and when you look at them together you definitely feel like they have a different kind of pulse. 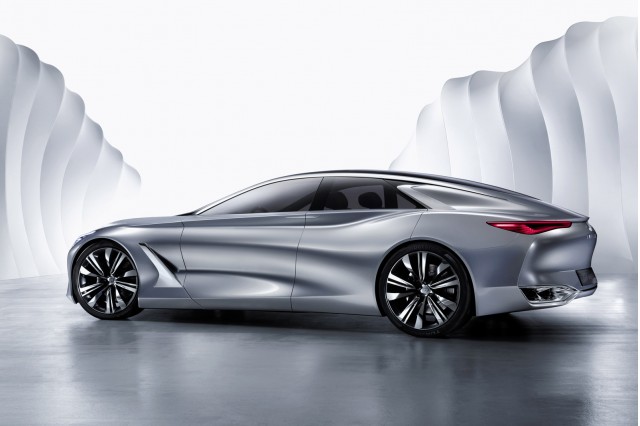 Last year you showed the Q80 Inspiration Concept. How do you fill in what comes between now and then, and make sure that the brand's design evolves and stays fresh, and gets to that very expressive place?

I think the most important part of that car was in its name, Inspiration. We sought out to identify certain aspects of our brand design that we are going to put on everything. So the shoulder, the section, the new deeper, more powerful grille, all these things are not going to wait for five years. The Q60 will launch very soon and it has many of these aspects.

We have a couple other models that we are not talking about yet that also reinforce that inspiration. So by the time we build a car like that it’ll already have all the ramp-up. And you know we’re doing a new Q70, obviously.

The brand doesn’t yet have a full battery electric vehicle. Could you say anything about the potential design direction you might apply to one with the Infiniti badge?

The one thing that I notice driving electric cars is the silence, and the sense of the wind, almost like a glider; so that’s very inspirational. And our language is inspired by nature also, the fluidity of it. I would want the signature of the car to feel more effortless in the wind, and to acknowledge the powertrain, just like we do in Q60 and Q30 with the big grille, it’s really a nod to the power within. It would be artistic more than technological to me.

I think the BMW i8 seems inspired by the wind, and it’s not a geekmobile at the end of the day. You can express ultra-light weight, which is an attribute an EV needs to have, and you can express the fluidity and aerodynamics. I wouldn’t ignore the inspiration of seamlessless and silence. That would be key in any Infiniti EV. The Eau Rouge concept, which made its debut at the Detroit show early last year, appears almost in conflict with your current more graceful direction. Can we view that as a period in Infiniti’s recent rapid progress, or are we going to see a more aggressive side to Infiniti yet?

Eau Rouge is a very specific statement—the brutality of GT-R, and the sense of how we might make a sports car in its ultimate sense. When you take the mechanical elements that aid breathing and high-speed maneuvering and make them artful, that’s the things that we’re taking from Eau Rouge. Roland [Infiniti president Roland Kruger] loves power and performance and all these things. He hasn’t come to me yet for this...But I don’t think that projects like Eau Rouge are wasted. The spirit of making a performance line and drawing inspiration from F1, it’s still very much in our attitude, and I think you’ll be hearing more soon.