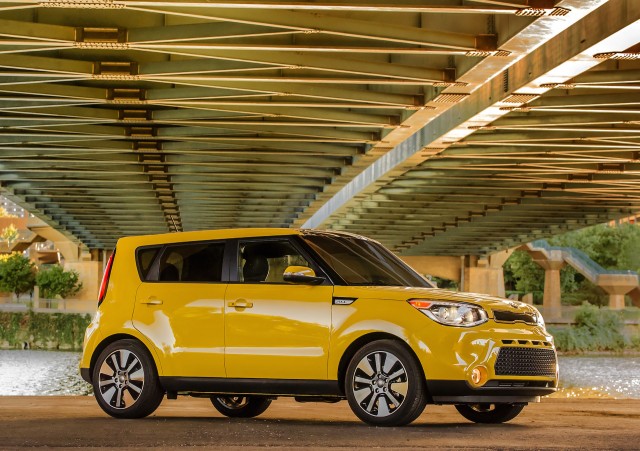 Kia is recalling more than 200,000 Soul and Soul EV cars from the 2014 and 2015 model years. According to the National Highway Traffic Safety Administration, the gas/accelerator pedal on those vehicles can break, increasing the risk of an accident.

The pedal was manufactured by Donghee Ind. Co., LTD of South Korea. In its report, NHTSA notes that the component "may fracture due to bending of an unsupported section of the pedal if unanticipated excessive force is applied". Though that sounds like the sort of thing that might happen on long stretches of dull highway or at treacherous intersections, NHTSA says that "testing indicates that such force has only occurred when the vehicle is stationary".

Kia says that it will begin mailing recall notices to owners no later than March 24. After receiving the notice, owners can take their cars to a Kia dealer, who will install a supporting rubber beneath the pedal stopper, which should fix the problem. The repair will be carried out free of charge.