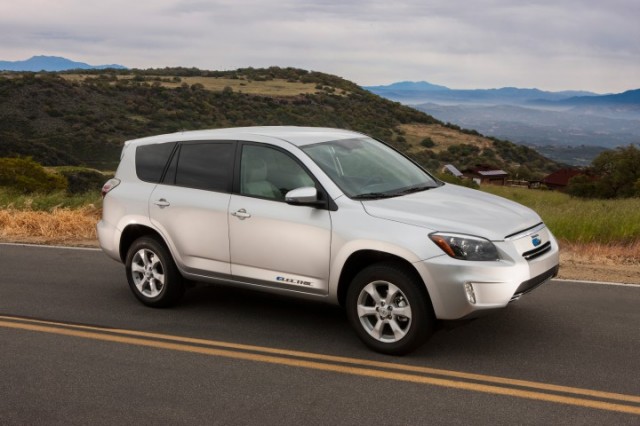 Toyota has issued two separate recalls affecting more than 112,000 vehicles registered in the U.S. The smaller of the recalls involves the short-lived Toyota RAV4 EV, which was built in partnership with Tesla (a partnership that petered out last year). The other includes regular and hybrid versions of the popular Camry and Highlander.

Toyota says that these all-electric vehicles suffer from a software glitch that could cause the RAV4 EV to "stall" while in motion, dramatically increasing the risk of a crash. According to a press release:

"[C]omponents in the Electric Vehicle Traction Motor Assembly, which is part of the propulsion system, may cause the vehicle to shift to “neutral” due to a software issue. This condition will also trigger a “Check EV System” warning message on the instrument panel and turn on a malfunction indicator lamp.  If the vehicle shifts to “neutral”, this will result in a complete loss of drive power, which can increase the risk of a crash."

Auto News points out that the RAV4's Electric Vehicle Traction Motor Assembly was provided by Tesla.

Toyota says that it will notify owners of the recall by mail. After receiving those notices, owners can take their vehicles to a Toyota dealer, who will repair the Electric Vehicle Traction Motor Assembly, free of charge.

As with the RAV4 EV recall, Toyota plans to notify owners of the problem by mail. After receiving the recall notice, owners can take their vehicles to a Toyota dealer, who will "inspect the steering column assembly and replace the power steering electronic control unit, if it falls within the affected range".

In its press release, Toyota doesn't indicate precisely when it will issue these two recall notices. However, the company points out that it knows of no accidents, injuries, or deaths linked to either of the two problems.

If you own one of the vehicles listed above and have further questions, you're encouraged to contact Toyota customer service at 800-331-4331.