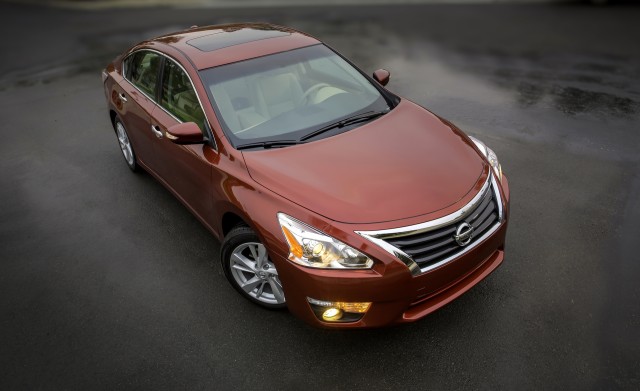 Nissan North America has announced a recall of select Nissan Altima vehicles from the 2013-2015 model years. According to the National Highway Traffic Safety Administration, the recall affects roughly 625,000 vehicles registered in the U.S.

ALSO SEE: 1964 Chrysler Imperial Convertible Driven By Jon Hamm In Mad Men Could Be Yours For $39,900

Like most vehicles on the road, the Altima has two latches that hold its hood closed. Unfortunately, when the hood is opened for maintenance or other reasons, the secondary latch may get stuck in the open position.

Should that happen, the secondary latch won't be able to keep the hood in place if the primary latch fails or is accidentally released. If the hood of the vehicle were to pop open while the vehicle were in motion, it could result in an accident. (If all that sounds familiar, it's because more than 170,000 Nissan and Infiniti vehicles were recalled for the same problem back in January.)

The good news is, the recall is limited to Altima vehicles manufactured during a particular window: March 1, 2013 to December 31, 2014.

CHECK OUT: The Car Connection's Best Sedans To Buy 2015

The bad news is, Nissan hasn't yet identified a fix for the problem, and as a result, it hasn't announced when it plans to mail recall notices to customers or begin repairing cars.

If you own a Nissan Altima that was manufactured during the window mentioned above and you have further questions, we encourage you to contact Nissan customer service at 800-647-7261.