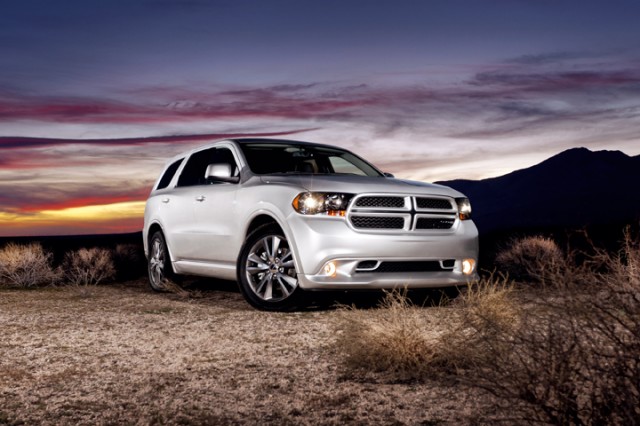 Fiat Chrysler Automobiles is recalling more than 465,000 SUVs around the globe because of problems with their fuel pumps. The recall affects 2012-2013 Dodge Durango vehicles as well as the 2011 Jeep Grand Cherokee.

FCA says that the recall stems from a problem with the SUVs' fuel pump relay. The same problem was identified in other Durango and Grand Cherokee models, which led to a recall that we covered last September. FCA has now expanded that recall to include later-model Durangos registered in the U.S. and elsewhere, as well as Grand Cherokees registered outside North America.

The underlying flaw in the previous recall was a contact spring on the pump relay, which was manufactured by Continental Automotive Systems. Over time, FCA learned that a range of factors could deform that spring, including temperature around the relay.

Then, as now, the warping of the spring was found to affect the functionality of the fuel pump. The glitch has prevented vehicles from starting, and, less frequently, it has caused engines to stall.

That said, FCA says that it knows of no accidents or injuries that have resulted from the flaw. FCA also notes that airbags and other functions managed by the Totally Integrated Power Module -- where the fuel pump relay is located -- are unaffected by the troublesome spring.

The expanded recall now includes 2011 Jeep Grand Cherokee that are (a) registered outside North America and (b) equipped with a 3.0-liter diesel engine. It also includes 2012-2013 Dodge Durangos from a range of regions, including the U.S. FCA says that vehicles with EcoDiesel engines are not affected.

FCA says that repairs to the vehicles will be carried out at no cost to owners. If you own one of these vehicles and have problems with your engine stalling or not starting before you receive the formal recall notice, you're encouraged to contact your dealer immediately.

For additional information, you can call the FCA Customer Information Center at 800-853-1403.