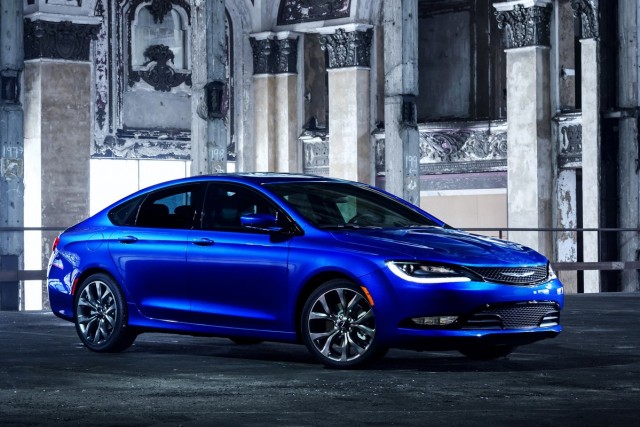 Fiat Chrysler Automobiles has issued a recall for 2015 models of the Chrysler 200. According to the National Highway Traffic Safety Administration, portions of the vehicle's transmission may not properly engage when the car is placed in "park", allowing it to roll away.

The 200's transmission is built by ZF Transmissions of Northville, Michigan. A NHTSA bulletin explains that contamination of the transmission could've occurred during ZF's manufacturing process. As a result, "contamination may get into the parking pawl or the park rod may be broken and dislodged, both, of which can prevent the transmission from shifting to the Park position."

Unfortunately, drivers have no way of knowing if this has happened, because the display will show that the car is in "park", even if it's not. Documents indicate that at least five owners have filed complaints with FCA, which inspected the transmissions and discovered the fault.

FCA will begin mailing recall notices to owners no later than April 10, 2015. Until receiving those notices, owners are advised to always use their parking brakes as a precautionary measure.

Once owners receive their recall notice, they'll be able to take their vehicles to a Chrysler dealer, who will inspect the transmission.  Any transmission that is found to be contaminated or to possess a broken park rod will be replaced at no cost to owners.