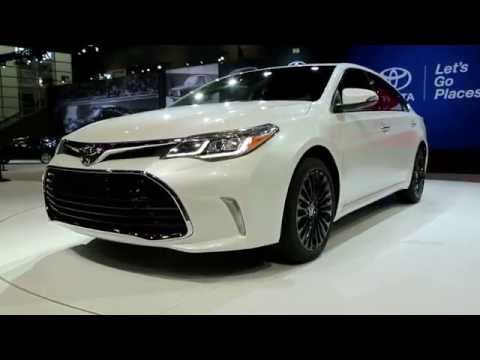 The Toyota Avalon may be the cousin of the best-selling Camry--but for many drivers it's the better choice. Since it was redesigned in 2013, the Avalon's been the better-looking of the duo, with more cabin space and premium features to boot.

The Avalon gets a mild update this year, and doesn't lose any of the goodness that puts it on par with cars like the Chevy Impala. The styling--it's still sleek. The Avalon has a graceful roofline, flared-out rear fenders, and laid-back rear glass that give it real presence. The grille's bigger this year, and there's more LED lighting. The Avalon's cockpit still looks like high-end audio, with touch-sensitive controls and a touchscreen-driven audio system.

Power comes either from a big V-6 or an excellent hybrid system. The 286-horsepower six carries over, and so does the refined Avalon Hybrid drivetrain. It nets 200 horsepower from a combination of motors, batteries, and a four-cylinder engine, and should carry over its phenomenal 40 mpg combined fuel economy.

The latest Avalon feels composed and refined, but Toyota says it's tweaked the suspension anyway. Now, the Touring model gets its own tuning--we'll let you know if firmer and flatter suits its personality once we've taken one for a spin.

Inside, the Avalon is roomy and brims with thoughtful touches. Space is great in the front and back seats, and trunk space is too--though with the Avalon Hybrid, it loses two cubic feet to batteries.

The Avalon offers a strong list of safety features, crash-test ratings have been almost perfect across the board. All models come with a backup camera system. Options include adaptive cruise control, a forward-collision warning system, and a lane-departure warning system.

All Avalons come well-equipped with plenty of comfort features, while the top-of-the-line Limited models are optioned up like a Lexus. Power features are standard, while some models now get navigation and wireless smartphone charging. Top versions have perforated leather seats with heating and ventilation, 785 watts of JBL Audio sound, and LED headlights.

Pricing should be announced later this spring, just before the updated 2016 Avalon goes on sale.