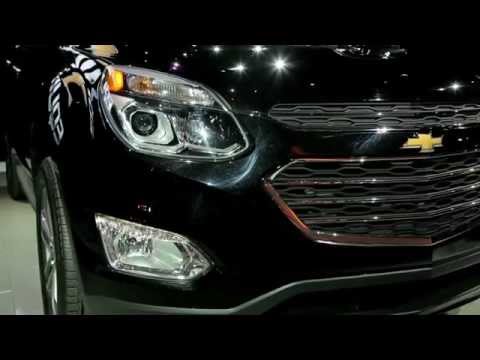 The Chevy Equinox has been a surprise hit for General Motors in its second generation, but it's been on sale virtually unchanged since 2010. It's time for some updates--especially now that the CR-V, RAV4, and Santa Fe are all better than ever.

For the 2016 model year, Chevrolet is giving the Equinox a quick refresh before an all-new vehicle arrives in a few years.

Up front, the Equinox has been revamped with a reshaped grille and brighter headlights--it's a lot closer to the big Traverse now. On some versions, LED running lights will be standard.

Inside the changes aren't too dramatic, but a seven-inch color touchscreen is now standard, as are Bluetooth and a rearview camera. Chevrolet’s MyLink infotainment system is standard on LT and LTZ models. The instrument panel design has been restyled,  and there’s a nifty new storage shelf to keep all the knickknacks in place while on the go.

The Equinox still has one of the more useful second-row seats among mid-size crossovers. The sliding rear seat can be adjusted for more rear-seat legroom or for more cargo space, whichever you need. Fold the rear seats forward, and the Equinox offers as much as 63.7 cubic feet of cargo space.

Under the hood, the Equinox sticks with a choice between two very good powertrains. The base engine is a 2.4-liter four-cylinder, while the upgrade is a 3.6-liter V-6 engine that's worth more than 300 horsepower. Power is sent to the front or all four wheels through a six-speed automatic transmission. Chevrolet says the four-cylinder's 32-mpg EPA highway rating should carry over to the new model.

Finally, on the safety front, the Equinox will be available with blind-spot monitors, a forward-collision warning system, and a lane-departure warning system.