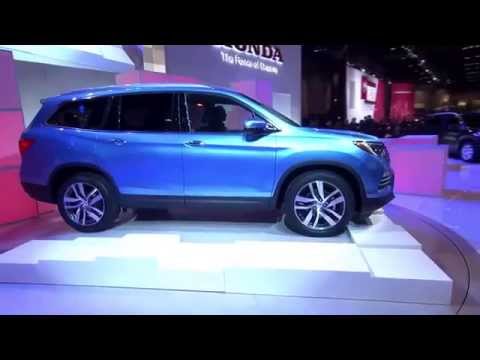 The Honda Pilot has been one of the mainstays of the crossover-SUV world since 2003. But Honda stumbled with the second-generation model it introduced in 2009--it gave it blocky styling and a lackluster interior.

For 2016, Honda's ushering in some dramatic change for the Pilot, with a sleek new body and an updated powertrain. The slab-sided exterior has been replaced with a sleeker, softer look that knits it together more closely with the smaller CR-V--and also brings it much closer to the mainstream look you'll see on a Chevy Traverse, a Nissan Pathfinder, or a Hyundai Santa Fe.

Inside the Pilot’s interior has been restyled and upgraded with soft-touch materials throughout the cabin. The Pilot retains its third-row seating with room for up to eight passengers. While a three-person 60/40 split bench seat in the second row is standard, second-row captain’s chairs are available on upper trim models.

Honda’s making every piece of safety tech it has available on the new Pilot. From its excellent side-camera LaneWatch display, to blind-spot monitors, to a standard rearview camera, the Pilot is gunning for top safety scores.

There's no pricing information available yet, but the new 2016 Honda Pilot will go on sale this summer.