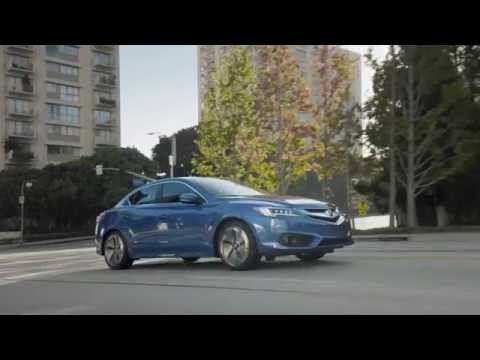 Much has changed in the three years since the Acura ILX first arrived. The Mercedes-Benz CLA has the market rapt, and a new sedan-inclusive generation of Audi’s A3 looks poised to sell well. Meanwhile Mazda has gone far more upscale with its latest Mazda3; the current Jetta has quite the sophisticated package at an affordable price; and even Subaru is offering its full EyeSight active-safety kit on the affordable Impreza.

If you’re not familiar enough with those models, here’s what it amounts to: Despite some pretty impressive sales figures for the ILX, Acura must be feeling the crunch. But after a first drive this past week of the 2016 Acura ILX, we can say that the luxury brand has done some smart things with this sporty compact sedan—keeping its packaging goodness intact, yet starting with a clean slate in other respects.

It would be quite the stretch to call the 2016 ILX new; and it isn’t altogether refomulated. Yet it’s been fortified, and it’s far more focused than last year’s model.

A big part of what makes it feel far more focused behind the wheel, compared to most of last year’s models is a sort of magic substitution under the hood, courtesy of Acura’s new (and one size larger) TLX sedan: the new direct-injected, 2.4-liter four-cylinder engine and eight-speed dual-clutch transmission.

Although we mourn the loss of a manual-gearbox variant, the poorly focused Hybrid and 2.0-liter versions (yes, the ones with that obstinate five-speed automatic) will no doubt be distant memories after you sample this power couple.

Just as in the TLX, the eight-speed always seems on top of its game. It remains the only dual-clutch automatic to use a torque converter, which means that you get a far more sophisticated feel when you’re crawling along in traffic or doing low-speed stop-and-go along side streets—as great as Volkswagen’s (and Audi’s) DSG can be, there are none of the occasional lurches and graunches here.

While the torque converter keeps it smooth around town, the gearbox really shows its stuff when you push the car harder. Full-throttle acceleration dials up snappy yet well-damped shifts, perfectly timed and executed in small fractions of seconds. Sliding the shifter back into Sport mode either allows you a more aggressive shift pattern or free reign over shifts via the steering-wheel paddles.

The engine is superb, and it serves to remind us how glorious a powertrain without the lag, surges, and flat spots of turbocharging (or supercharging) can be. It adds direct injection over the previous 2.4-liter version, which was manual-only, and while it has the same 201-hp peak output it makes 10 pound-feet more torque, at a reasonable 3,600 rpm. What’s so impressive is how it builds so steadily and predictably up the rev range; you can learn the powertrain quickly, and you don’t inadvertently dial in too much (or too little) with your right foot. Premium unleaded is recommended, by the way, but we think this one’s worth it.

There’s also a feature through which the driver can order up a double downshift—from 5th to 3rd, for instance—via two quick clicks on the left paddle.

It all factors to EPA ratings of 25 mpg city, 36 highway. In one car, on a very rapidly driven loop of twisty two-lane roads we saw 25 mpg—so we think this car will do even better than the EPA numbers in most real-world conditions.

READ: The Most Deadly (And Least Deadly) Cars In America

Acura has made some significant improvements in suspension, handling, and braking to go with this especially keen powertrain. All ILX models get new sleeved front lower control-arm bushings, as well as larger rear stabilizer bars and a stiffer front subframe. All versions now get amplitude-reactive dampers in front, not just in back. The setup remains one with struts in front, as well as a multi-link rear that incorporates A-arms, double lower lateral links, tubular steel control links, and coil-over-dampers, as well as a solid rear stabilizer bar. Additionally, engineers applied a new control logic to the electric power steering system, and installed larger-diameter brake discs front and rear (ventilated in front).

It's a car that digs into tight corners with

Acura says that the available A-Spec Package allows you to make the most of this revised setup, but we came away from a drive in multiple cars thinking that the non A-Spec cars are the better bet. A-Spec models have the same springs and dampers, but they include bigger and wider (18x7.5”) wheels with very low-profile tires, which tend to exaggerate the tendency of the rear suspension to make sharp upward motions on rough road surfaces.

Altogether, you’ll likely appreciate the base setup better than the A-Spec on all but the smoothest surfaces.

The ILX feels, in a word, honest. It’s easy to drive quickly, and feel at ease. Partly it’s due to the packaging, as the driving position affords such great sightlines, while all the switchgear and controls are as straightforward as can be—well, except for the kludgy dual-screen infotainment.

I jumped almost directly from the ILX into an Audi A3 and it served to underscore how little storage and stowage space the A3 has—and how much thoughtful space is here in the ILX. Inside, Acura has given the ILX a modest list of upgrades, including interior accent stitching, a silver-hue trim, an HDMI port on some models, and a new Jewel Gray interior color. A-Spec models get special perforated black Lux Suede upholstery, plus a black headliner, red instrument illumination, and contrasting gray stitching, along with alloy pedals.

Seating space in general is quite impressive; expect front headroom to be tight, due to the sunroof enclosure, but in back there’s usable space where some rival models [CLA, ehem] make some sore-headed concessions in the name of a fashionable roofline.

That roofline, by the way, is perhaps too conservative and formal for the mission. Or is it? The ILX has a sort of unassuming elegance from the outside that we can admire—especially with what feels like some closer attention to details, with the Jewel Eye LED headlamps and a grille that complements them nicely.

At the same time, some will have trouble seeing past the hard points carried over from the Civic, on which it’s based. And we see a few odd packaging decisions; for instance, why don’t even top-trim cars have height adjustability for the front passenger seat? Why no heated rear seats, at a time when the Kia Forte has them? Or fresh-air vents for those in back?

DON'T MISS: Interactive Map Shows How America Gets To Work (Spoiler: Most Of Us Drive Alone)

A lot of active safety and tech features for the price

Yet the active-safety approach in the ILX is excellent. You can add the AcuraWatch Plus suite of active-safety features to the base ILX—yes, everyone’s learning from Subaru, it seems—and there are some features here, like Lane Keeping Assist, which will steer you within lane markings, to keep you in your lane, that simply can’t be had in other models at this low-$30k price point.

Value is indeed a big part of the appeal. At $28,820 for the base model, or $35,810 for the fully loaded Technology Plus A-Spec, the ILX is on a feature basis priced well below its luxury-badge rivals.

In short, knowing what we knew about the powertrain in the TLX, and of the improvements made to this car in general, we could anticipate how much improvement was in store for the ILX. What we didn’t quite anticipate is how well it all works together.

If only the ILX could show in its appearance all the confidence and charm it has from the driver's seat, which we can’t help but think could be so much better with some Acura soul-searching as to what made the Integra such a charming small car, one with similar Civic roots. And the ever-rotating badges aren't helping.

It’s a small but very promising building block for Acura. After trying for several years to serve up a little bit of this and a little bit of that, Acura’s essentially returning to a solid foothold in this increasingly vital market segment—and what it hopes will matter to a lot of these target customers: a single well-equipped car that drives really well.