Six Vehicles With The Most Eye-Catching Lighting 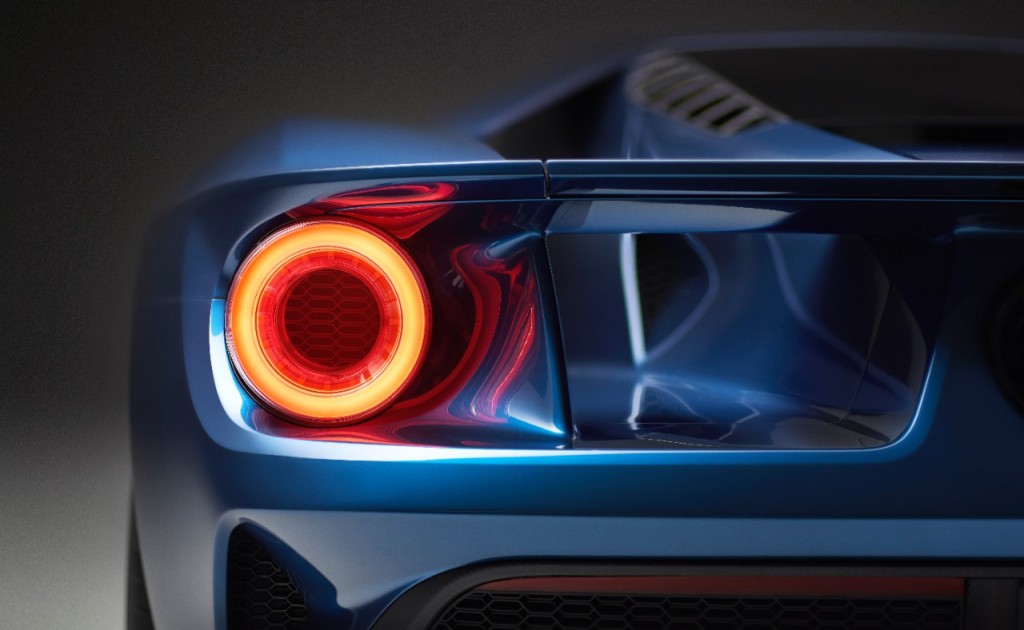 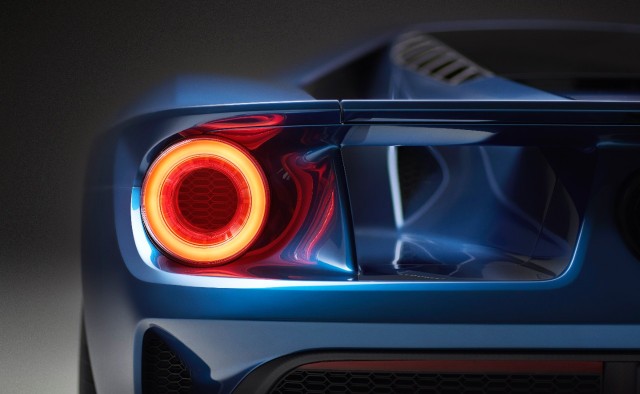 Old-style filament bulbs, ancient technology as they are, are finally being given notice in new cars. They’re being replaced at a rapid rate by light-emitting diodes (LEDs), which are bringing not just better efficiency and an improved service life, as well as one other welcome benefit: tremendous flexibility for designers.

Thanks to the additional packaging freedom of LEDs, we’re seeing some far more attractive, original, and eye-catching lighting in vehicles—both inside and outside.

Headlights are just part of the potential. LEDs require only about 25 percent of the power that a comparable halogen headlight would, and they don’t require the heat concerns and ballasts of high-intensity discharge (HID, or xenon) headlamps.

Versus either of those other technologies, LEDs can be arranged with much tighter enclosures, potentially—giving designers more freedom to package headlights and taillights in a way that’s distinctive from brand to brand. However tight federal regulations will continue to limit some of the potential features of LEDs—like dynamic or variable-output lighting (to warn of an abrupt stop ahead, for example).

Interior and area lighting is another thing entirely, as it’s not as tightly regulated. With LEDs in the mix, ambient lighting is rapidly becoming the norm, with the hue and light quality catered to each specific brand; and in just a few years the puddle lamps below doors, which have been surprise-and-delight features in some vehicles like the 2015 Hyundai Genesis and Lincoln MKC, are already becoming quite widespread.

And that of course doesn’t even touch what’s happening in instrument panels, where LED backlighting, combined with OLED and LCD screens, are quickly making user-customizable displays quite common.

Stepping back to exteriors, and strictly to the essentials like headlights and taillamps, there’s still an astonishing level of originality showing through. Versus the lookalike halogen units of a decade or two ago, we can certifiably say we’re in a lighting renaissance.

We realize that stunning, one-of-a-kind lighting designs are to be expected on some of the most exclusive cars today—just look to the expressive exterior lighting in the upcoming Ford GT supercar as an example.

Yet limiting ourselves to mass-produced, sub-$100,000 vehicles, there are still plenty of breathtaking arrays. With those constraints in mind, click on to see some of today's most distinctive vehicle-lighting schemes. 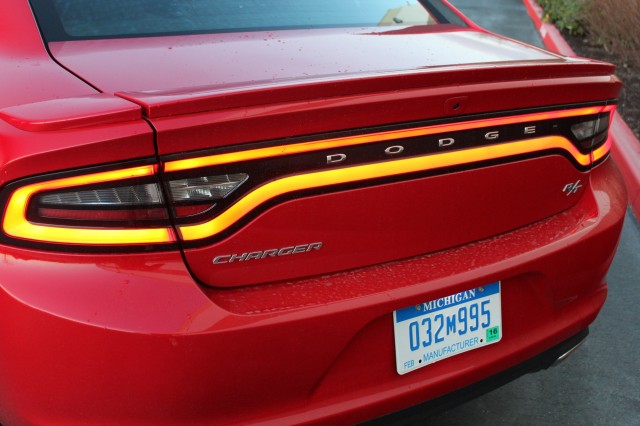 Dodge’s racetrack lighting has been a distinctive, head-turning visual cue for a number of years now, and we appreciate how it mates an element from the brand’s past with modern execution. It’s offered in several different models, but it seems to come together especially well in the new Charger—and yes, the 707-hp Charger SRT Hellcat.

For 2015 the automaker has tweaked the design further, by using light piping to bring more of a continuous red outline to the tail panel. The change also cuts the number of LEDs needed for the array. And let’s not forget how Dodge has tweaked the design of the front end, with white piping, to be complementary to the red racetrack piping in back. 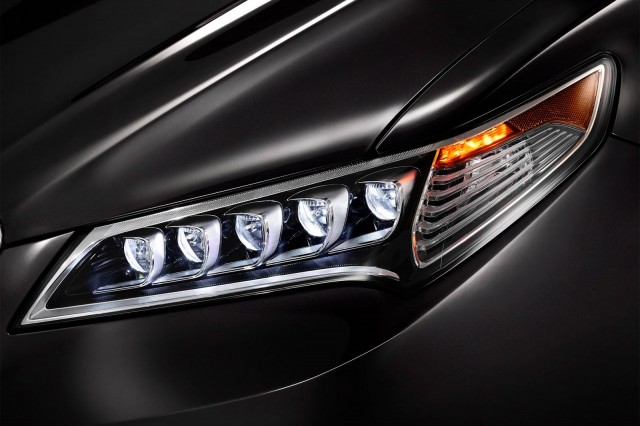 Acura hasn’t exactly seduced shoppers with some of its recent styling and design efforts; the most notable misstep was the poorly received ‘beak’ grille that made its debut with the last-generation TL. Yet we see plenty of signs of hope that the brand is carving out a new design identity, and it’s the ‘jewel-eye’ headlight design, destined for its entire lineup, that we find particularly attractive and eye-catching.

The array uses a set of outer LEDs for low beams with less ‘dazzle’ than HIDs, while inner LEDs serve as high beams with a longer range than halogens, and it uses the entire array at lower power for a very distinctive DRL. In all, there are 10 light sources and 20 beams of light in the RLX, or 8 LEDs and 16 lenses in the TLX and other models. 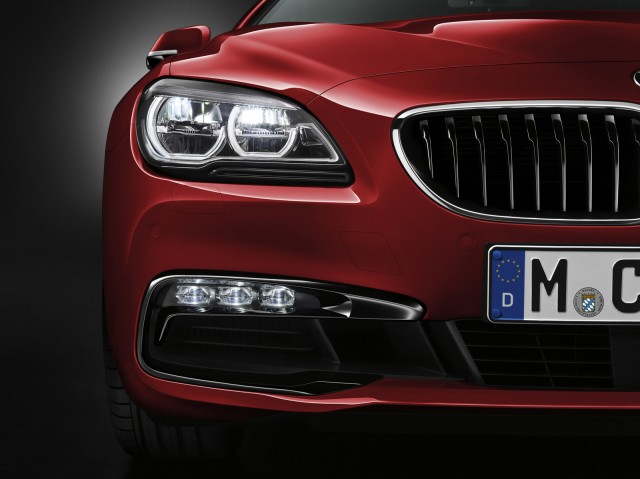 Going LED doesn’t have to bring far-out futuristic design, or new styling conventions; it can be used to make traditional design cues even better—as we see BMW’s latest all-LED headlight designs doing. These Adaptive Full-LED headlights that are standard on the 6-Series and available in the 5-Series can turn in the direction the vehicle is traveling, optimizing lighting into dark corners; yet they definitely bring to mind the older-style round headlamps that used to be used in BMWs. 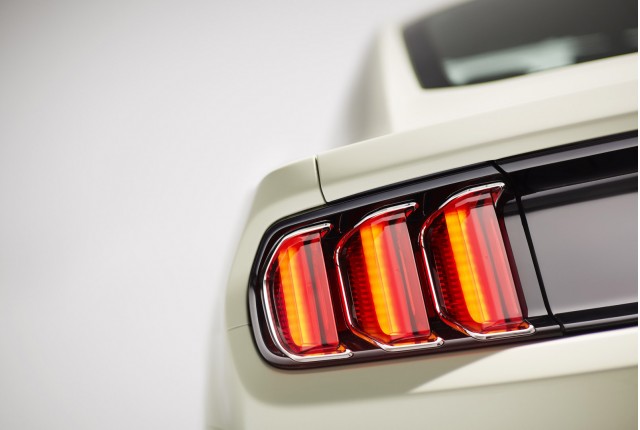 Yes, they’re not completely new and the last-generation Mustang did have them; nevertheless we’re happy to see the ‘Stang’s tri-bar taillamps with sequential turn signals return. The setup aids visibility without being too distracting, we think. And in case you’re wondering why everyone doesn’t have sequential signals: Ford managed to meet federal regulations with one of its tri-bar lamps; the other two are cosmetic only by the letter of the law. 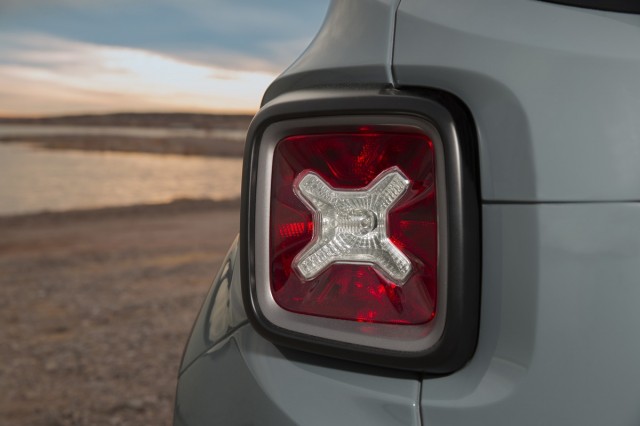 Inside and out, the so-called Tek-Tonic design theme in the Renegade really works for the mission. And from the outside, we think the Renegade’s smart, distinctive lighting has something to do with it. Most memorable, perhaps, is how they managed to embed the ‘X’ form—a symbol of the brand’s military heritage, it says, and something not seen in other contemporary vehicles—into the taillamp design 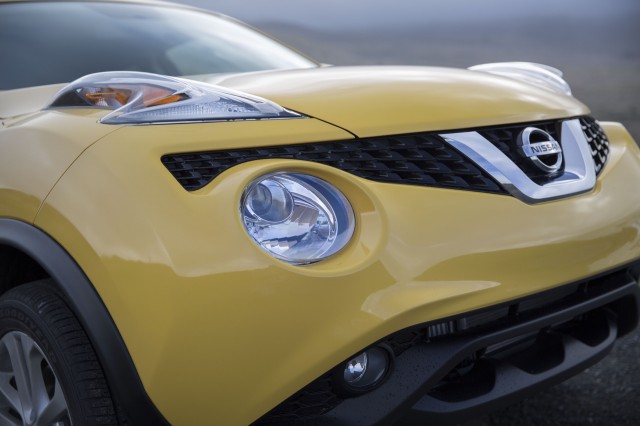 With its odd, futuristic, rally-car-on-steroids look, the refreshed 2015 Nissan Juke continues to be mind-bogglingly different, to the degree that you’re probably going to either love it or hate it on first sight. And that’s especially true when it comes to the bug-like front end.

Lighting is part of what it comes down to, with the thin, eyebrow-like running lamps and turn signals bubbling upward (they’re visible from the driver’s seat), leaving headlight duties to good ol’ round halogen projector-beam lamps that flank the grille quite a distance below. The Jeep Cherokee definitely makes a mark for its squinty, multi-tier headlight design, as well; but the Juke remains the over-the-top interpretation.