Super Bowl XLIX Ad Lineup: Every Video We Can Get Our Hands On (And Then Some) 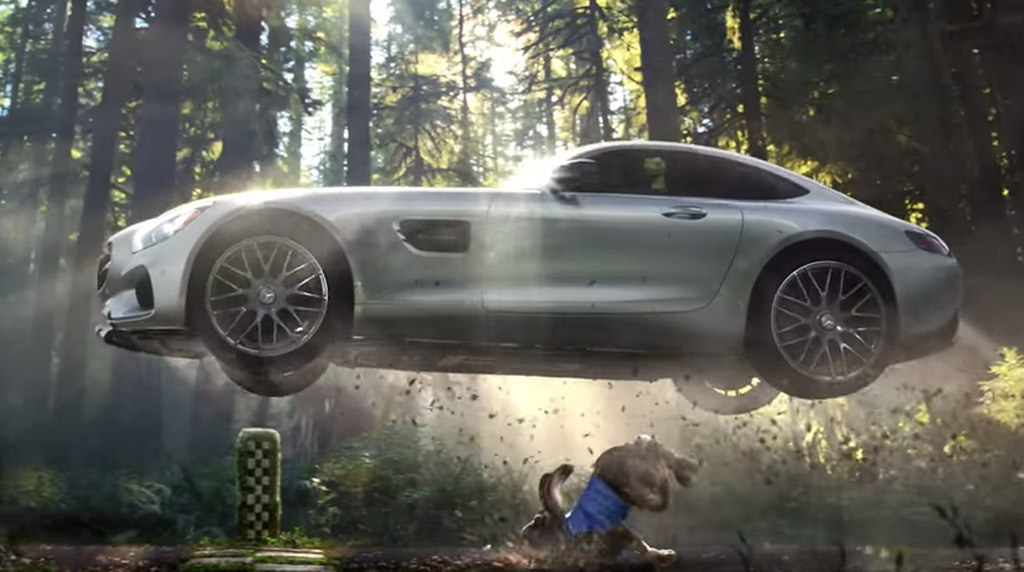 What makes the Super Bowl unique among marketing opportunities is that advertisers are given carte blanche to do something different -- to wow us, to make us cry, to make us laugh, or possibly all three. At $4.5 million a pop, the worst thing that a Super Bowl ad can be is predictable and forgettable.

Few companies spend as much on advertising as automakers, so it's no surprise that Sunday's Super Bowl broadcast will feature a number of car ads. What is surprising is that, despite the strong economy and booming auto sales, many in the industry are skipping the big game this year.

In fact, more automakers than not will be parked on the sidelines for Super Bowl XLIX. All four General Motors brands  -- Buick, Cadillac, Chevrolet, and GMC -- are sitting this game out. So are Ford and Lincoln, Honda and Acura, Infiniti, Jaguar Land Rover, and Mazda. Even Super Bowl stalwart Hyundai is taking a break. (Which is fine, really, given its lackluster spots.)

Who's left? We're glad you asked.

With nearly 6,000,000 views in just four days, you've probably already seen BMW's Super Bowl ad starring longtime Today Show co-hosts Katie Couric and Bryant Gumbel. (In case you missed it, though, we've embedded it above.) The ad riffs on a now-famous segment from 1994 in which the two are clearly befuddled by the internet -- only now, they're confused by BMW's all-electric i3. Expect to see it during the first quarter of the game.

Unlike most automakers advertising during the big game, FCA hasn't released its clips in advance. However, the company sent out a press release yesterday confirming that it plans to run three commercials during the broadcast: "The first spot is scheduled to air as the first commercial following the second quarter’s 'two-minute warning' break; the second and the third commercials are scheduled to run in breaks during the third quarter."

If FCA sticks to that schedule, it means that Chrysler will have abandoned the halftime spot that it's used to great effect the past couple of years. An interesting move.

Kia has fared somewhat better than its sibling, Hyundai, when it comes to producing memorable Super Bowl Spots. We're not sure this one for the 2016 Sorento hits the mark, though. Frankly, it feels more like a ho-hum ad for Pierce Brosnan than a commercial for a peppy crossover.

There's a reason that Lexus unveiled its Super Bowl ad more than two weeks ago. It's the same reason that the clip has only gotten 1.1 million views. (Compare that figure to BMW's staggering four-day total.) The reason? It's dull. Very dull. If the company had waited, the commercial would've been completely lost in the fray.

A tortoise, a hare, and a Mercedes-Benz AMG GT S. You know where this 60-second spot is going before it starts. And yet, the creative team at Merkley & Partners got paid big bucks to dream it up. Life ain't fair.

Nissan has firmly refused to unveil its Super Bowl ad before the big day, but it did release this teaser clip that hints at what's to come in the full, 90-second commercial. As you can tell, marketing firm TBWA/Chiat/Day decided to go with a "dad" theme.

When you think "Toyota Camry", you probably don't think "bold". And yet, that's exactly what Toyota has done in this thoughtful, 60-second clip that pairs footage of actress and Paralympic athlete Amy Purdy with audio from boxing legend Muhammad Ali. Marketers are told that TV commercials are too short too make an intellectual appeal, they have to rely on emotional impact, and in this spot, Toyota delivers a firm punch to the gut.

Volvo isn't officially advertising on the airwaves, but it's clearly trying to draw attention to itself via a social media campaign called "Volvo Interception". According to the Swedish/Chinese automaker:

"The Volvo Interception will begin at 6:30 p.m. ET—on Sunday, February 1. Whenever any car commercial airs throughout the big game, people can tweet with the hashtag #VolvoContest to tell Volvo who they think deserves a brand new Volvo XC60. All eligible tweets will receive a response from Volvo, and each person must then tell why his or her nominee was chosen. Following the conclusion of the entry period, five potential winners will be selected by judges from all entries received."

Join us on Monday when we'll recap the winners and the losers (of the ad world, anyway) from Super Bowl XLIX.