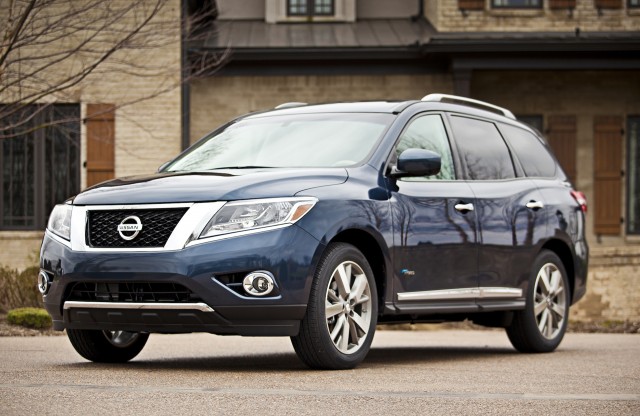 Nissan North America has issued two separate recalls affecting nearly 640,000 Nissan and Infiniti owners in the U.S. One of the recalls is meant to fix a potential fire hazard, the other, a faulty hood latch that could cause an accident.

This recall stems from a potential electrical short in a wiring harness manufactured by Sumitomo Electric Industries. The harness is located along the floor beside the driver's seat. According to documents posted by the National Highway Traffic Safety Administration:

"A mixture of snow/water and salt carried onto the driver side floor area (by shoes or other means) can seep into the carpet near the harness connector area and eventually cause an electric short to occur.... This short may lead to connector damage, and in rare instances, could potentially cause a thermal incident."

(In this case, "thermal incident" means "fire", among other things.)

Nissan has told dealers about the problem but hasn't yet announced when it will begin mailing recall notices to owners. When it does, though, owners will be able to take their vehicles to a Nissan dealer, who will inspect the kick panel wiring harness connector and replace it, if necessary -- adding a new, waterproof seal -- at no charge.

In the vehicles listed above, NHTSA says that a component made by Geocom may have been incorrectly manufactured. As a result, one of the latches that keeps the hood closed may not work properly, making it possible for the hood to pop open while the vehicle is in motion. As you might guess, that could increase the risk of an accident.

The recall affects Nissan and Infiniti vehicles manufactured on the following dates:

Nissan and Infiniti dealers know about the issue, but the automaker hasn't told NHTSA when it will mail recall notices to owners. When it does, owners will be able to take their vehicles to a Nissan or Infiniti dealer, who will "modify the angle of the hood release mechanism to provide additional length to the release cable". The fix will be carried out free of charge.

CHECK OUT: Audi A4 Vs. BMW 3-Series: Compare Cars