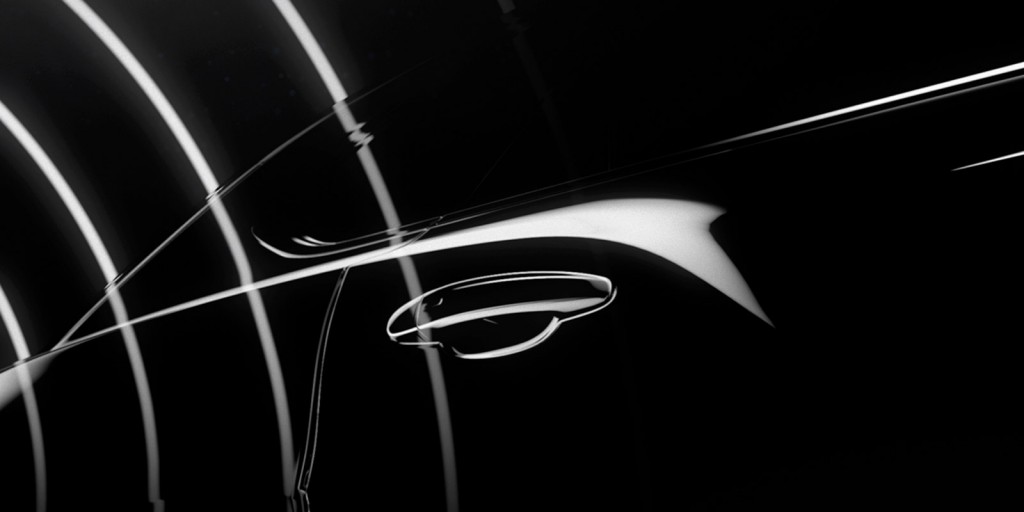 The Bentley Bentayga is the British automaker's first SUV. Due early next year, it's arguably the biggest product news from Bentley since the Continental GT first was introduced.

The new SUV isn't all Bentley has on its plate, however. Sales are booming in all its major markets, especially China. It's making its initial forays into plug-in hybrid and diesel offerings. It's also deep into the development cycle for the next Continental GT, a joint effort with its VW Group cousins at Porsche.

We sat down with Kevin Rose, Board Member for Sales and Marketing at Bentley Motors Ltd., at this year's Detroit auto show, to get the latest on both new-vehicle projects.

Yes, Bentayga--the name’s important. We spent quite a lot of time getting to it.

We looked at lots of different alternatives, tested them all over the world, because everybody has to be able to say them—we’re in 65 global markets, after all. We went out with about five different ones.

It's a combination of things. It's a biome [an area of similar temperatures and forestation], it sounds like tiger, of course it has part of "Bentley" in it. Then there's the Roq Bentayga [a massive formation at Gran Canaria].

In the end you get used to every name. We were running out of bends and straights on the Le Mans circuit anyway. There’s only one left--a little kink in one of the straights, the Florandière. It waas one of the names we tested, but only one of every 50 people could pronounce it. 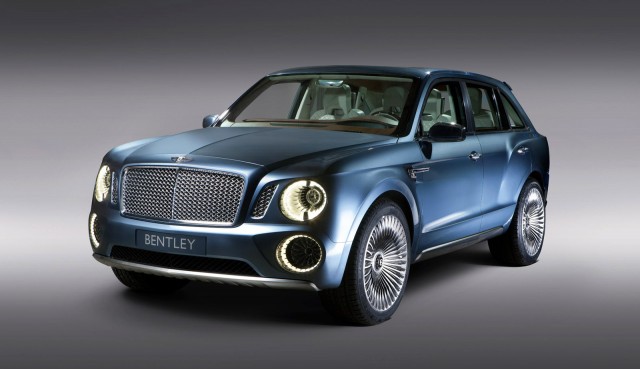 Now, about that design...how much has it changed from the 2012 Geneva show concept?

The Geneva show car was a little before my time, but I can understand why it was done. The design was meant to provoke the debate, could Bentley have an SUV? Anything we showed had to very clearly be an SUV, couldn’t be a crossover or wagon. It had to absolutely be an SUV.

Since then we’ve moved on because the market’s moved on. The car we launch will be in the market for six to seven years, so the design has to work in that period.

We say SUV because it does SUV stuff. It’s competitive with the best cars off-road more than on-road. At one stage you could very clearly say Land Rover was an SUV, but Evoque is quite clearly something else.

What’s the prime directive for developing the new SUV?

We’re going to do the same as we do with every other product. The core is luxury and performance in a unique blend. It will be the fastest SUV, period.

For us, this is another luxury high-performance car in another body style. Those principles are not qualified in any way. We’d even like people to take it on the track. We don’t want anyone to feel a difference between getting into a Mulsanne or a Spur or into the SUV.

It will be the first SUV with electronic stability--it allows us very flat ride. [It has] instant damper adjustment, it’s not hydraulic. On road is probably a bit closer to a sedan [in ride and handling], so you would expect that. we tried to get a really good balance between on and off road and we think we’ve succeeded in that. We’ve taken it through all sorts of stuff—rocks, mud—it’s really a quite competent car.

We’ve had some fair criticism of the infotainment systems. The story for us really is to take group technologies and to put them right with Bentley. The trick is to take some of these interfaces and interpret those in a luxury way.

We talk about the luxury connected car. As things connect to things, you could find out, where can I get cheapest fuel? More interesting for our customers might be, where can I get fuel and have someone put it in the car for me? I want to find out where there’s valet parking. Take that opportunity and turn it into a part of the luxury experience. Ease of use is a luxury attribute. it boils down to a sensory experience: how does it feel, how does it look, how does it sound, how easy is it to use?

When you get to drive the products, eventually...it is a fantastic blend of luxury and performance. The car we’ve used as the benchmark is the Range Rover Autobiography. We want to sit a little above where Range Rover sits currently.

Range Rover’s a good example because their customers are very loyal. If you buy a top-end Range Rover, it’s arguably one of the best, if not the best, all-around luxury high premium SUVs you can get. We have to be a strong brand too, which we are. We have to have a vehicle which is the most exclusive and most luxurious SUV. You’ve had a Range Rover, now there’s another game in town. Or you might have both.

We’ll show the car this year, deliveries start early in 2016. For markets like the U.S., China, etc., we’ll make that as quick as we can. We’re looking right now as how we can speed that up a bit. This will be the biggest market for the car, so we want to get it here as quickly as possible. [China] will be a little after the U.S.

What would be a cardinal sin in developing the Bentley SUV?

The cardinal sin would be for it not to be a Bentley. We launch with the W-12, it’ll be the engine for about the first year. Then we’ll introduce other engines.

And those include diesel, plug-in hybrid and gasoline?

Diesel and plug-in are part of the plan. An EV would be a considerable challenge for a car the size of a Bentley. It’s not in cards. We actually like plug-in hybrids because it doesn’t involve the customer doing anything different. It actually feels quite luxurious. It’s smooth, and the torque characteristics are quite Bentley. If the customer chooses to use it occasionally [the plug-in capability] or ignore, well that’s okay.

Lastly, what’s the latest on the upcoming Continental GT replacement?

That work’s ongoing, we haven’t fixed a precise introduction date. We’re working with Porsche jointly to develop our car and their car, and it’s proceeding pretty well. It's the MSB architecture—it’s had as much to do with us as with Porsche. It’s just a good platform, it’s flexible, it allows us to have different body styles and wheelbases in a way we never have had before. [It's also] plug-in-hybrid capable.

This year, at least, we’ve got to really focus on the SUV.