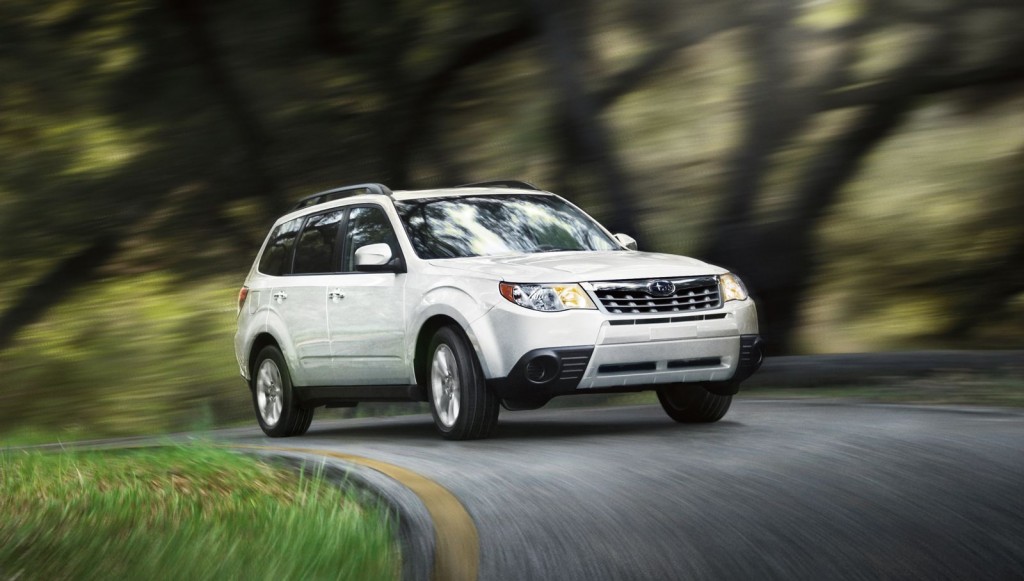 Subaru is recalling nearly 200,000 Forester, Impreza, STI, and WRX vehicles from the 2008-2014 model years to repair a corrosion problem with the vehicles' brake lines. Unfortunately, the National Highway Traffic Safety Administration explains that this recall is, in fact, a follow-up to a previous recall, which used an inadequate to fix the corrosion issue.

Pay attention, folks: this gets a little complicated.

Subaru's initial recall rolled out in July of last year, affecting more than 460,000 vehicles across the U.S. If your car was in that number and you still haven't had it fixed, this recall doesn't apply to you. (Yes, you still need to take your vehicle for repairs, but Subaru mechanics have an amended fix for some vehicles.)

This new recall is limited to owners of specific makes and models who already had their vehicles repaired under the first recall prior to December 23, 2014. On those vehicles, it appears that a gap in the fuel tank protector can still allow salt water to splash up from the roadway and onto the brake line, encouraging corrosion. If that corrosion is severe enough, it can cause brake fluid to leak from the line, and as a result, drivers may have difficulty slowing or stopping the vehicle as quickly as they ordinarily would. That, in turn, increases the risk of a crash.

The recall affects the following vehicles:

As is often the case with corrosion issues, the recall is limited to specific northern states that tend to use de-icing salts in winter months. In this instance, the recall only affects vehicles "currently, or formerly, registered in Connecticut, Delaware, Illinois, Indiana, Iowa, Maine, Maryland, Massachusetts, Michigan, Minnesota, Missouri, New Hampshire, New Jersey, New York, Ohio, Pennsylvania, Rhode Island, Vermont, West Virginia, Wisconsin and the District of Columbia". However, owners in other states can have their vehicles fixed, too -- at no charge -- upon request.

This new, follow-up recall affects 198,900 vehicles registered in the U.S.

Subaru expects to mail out recall notices on January 26, 2015. NHSTA says that the repair includes the application of "an anti-corrosion wax to the four-way joint connector area of the brake line system". Repairs will be carried out free of charge.