The North American International Auto Show (NAIAS), or the Detroit Auto Show as it’s widely called, isn’t just the first major auto show of 2015; it’s typically the biggest, most newsworthy show of the year for the U.S. market—and arguably for the world.

The industry is heading into the year on a high, with sales surging to near-record levels, prosperity on the rise, and gasoline prices falling. And from a brawny, all-new Nissan Titan full-size pickup to the production debut of the Acura NSX, there’s a bumper crop of new trucks and performance cars that look poised to take advantage of these trends.

What of the push to bring more fuel-efficient powertrains and smaller, innovatively packaged small-car models to the U.S.? It’s not finished, and there are several important green-car debuts here, like a second-generation 2016 Chevrolet Volt that could be poised to broaden its appeal toward the mass market.

Some days before the show, however, the riptide of at Cobo Hall this year is already pulling strong. From an anticipated Ford SVT Raptor truck to new Cadillac CTS-V and Lexus GS F sport sedans, horsepower and performance numbers will likely be in far more show headlines this time.

READ: Report: By 2017, Fewer Than Half Of U.S. Cars Will Run On Conventional Gasoline Engines

Starting with models that are confirmed and all-new or completely redesigned, click ahead to see several of the key themes, as well as many of the other highlights we expect at Detroit. And then be sure to check back here, as well as our 2015 Detroit Auto Show hub page at Motor Authority, for all the latest show news and surprises. 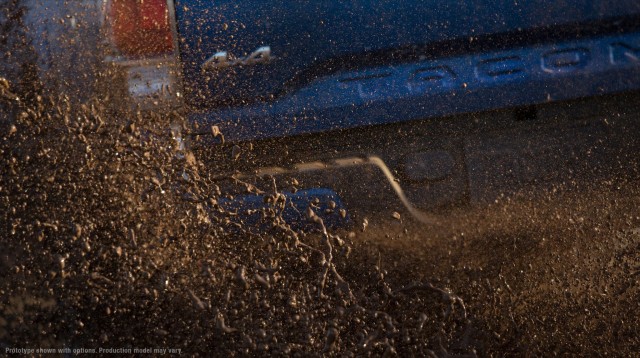 Pickups are again going to grab lots of limelight at Detroit, with the world debut of two pickups: the 2016 Nissan Titan and 2016 Toyota Tacoma. Both of these models are completely new and get their first full redesign in around ten years.

Look for Nissan to make the 2016 Titan a much more appealing truck—one that finally ups the ante in some of the areas where it’s been woefully behind, like cabin appointments and fuel economy. And with a newly available Cummins turbo-diesel V-8, making more than 300 horsepower and about 550 pound-feet of torque, the Titan will at last offer a strong, relatively efficient option for serious towing needs.

As for the 2016 Tacoma, don’t expect Toyota to radically size up or size down this truck family; it’s been a mid-sizer since 2004, when it got its last redesign. What we do expect from the Tacoma, based on the teasers we’ve seen, is a chunkier exterior appearance, as well as some new attention to interior appointments and perhaps an even wider range of special-purpose models—all to match the heated rivalry from the recently introduced Chevrolet Colorado and GMC Canyon. 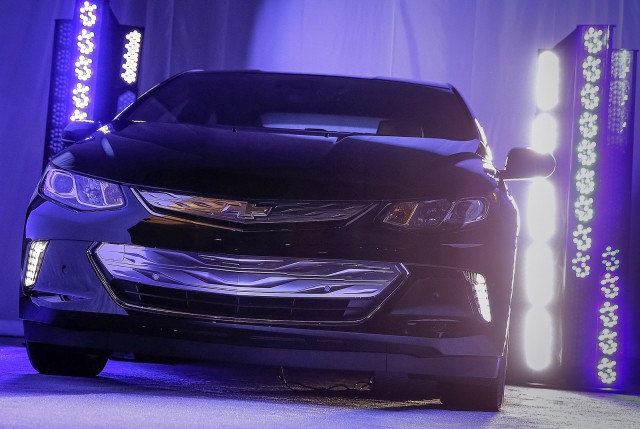 A new season for (a few) green cars

The original Chevrolet Volt arrived just in time to bring some luster back to the GM badge and challenge the notion that plug-in vehicles are limiting. Now, nearly five years later, with wider American interest in plug-in cars, the 2016 Chevrolet Volt is arriving; and while it goes on sale later in the year it will make its official debut at Detroit. As the second-generation version of this ground-breaking green car, the 2016 Volt will be a better fit with the rest of the Chevy car lineup, visually and design-wise, as it carefully side-steps into more of a sedan profile. Look for plenty of improvements to efficiency, drivability, and value as well.

The Detroit Auto Show is also where an all-new, 2016 Hyundai Sonata Hybrid is slated to debut. While the rest of the Sonata lineup was completely new for 2015, the Hybrid was left out of the mix. Now, the Hybrid gets all of the Sonata’s improvements, including a quieter interior and a more elegant, formal look throughout—as well as a reengineered hybrid powertrain, with a larger battery pack for improved fuel economy and better performance. 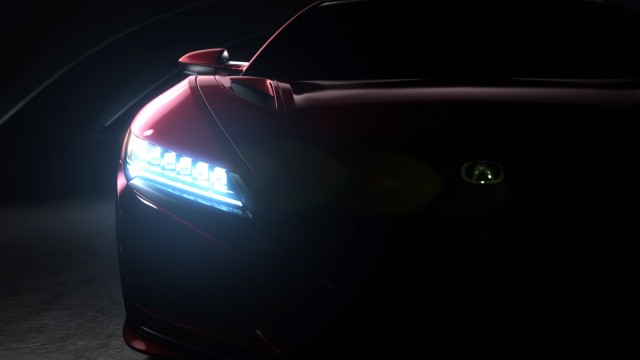 At center stage: the supercars

At last, at the 2015 Detroit Auto Show, we’ll see a production version of the upcoming Acura NSX supercar. It’s definitely a long time coming, as Acura has been building anticipation with concept cars that started back at the 2007 Detroit show and kicked off development in earnest with the 2012 Acura NSX Concept.

With its hybrid powertrain, powering the front wheels with electricity alone, while the rear wheels are powered with a combination of electric and twin-turbo V-6 gasoline power, the NSX promises an “on-the-rails-cornering” and, we anticipate, the looks and personality of an exotic—one that could be the attraction Acura needs to bring more interest back to its vehicles.

Secondly, if rumors prove true, Ford may choose Detroit to debut a completely new supercar of its own, a successor to the Ford GT of the past decade and one that may bear the same name. Details are thin at this point, but it could be one of this show’s scene-stealers if it shows up. 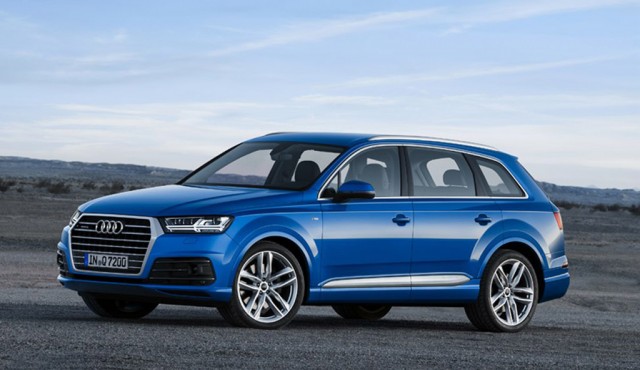 We’re also expecting several new luxury crossovers to make a bow at Detroit. The 2016 Lincoln MKX will become a little more voluptuous and sportier-looking than the current model, with a bolstered feature set inside and new EcoBoost engines. 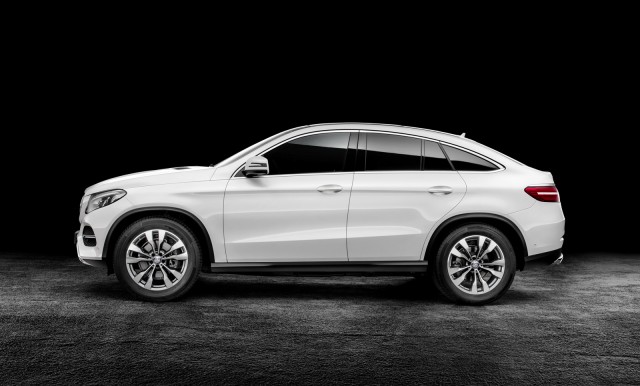 We’ve also given you a glimpse, and some of the basic details, for the 2016 Mercedes-Benz GLE-Class. That’s what was previously badged the M-Class, or ML. With an extensive mid-cycle refresh, a new GLE-Class Coupe with a swoopier roofline, and GLE450 AMG versions, expect all the new versions of Mercedes’ mid-size SUV to take a somewhat sportier path as well.

Lexus is also overdue to show the next-generation RX, so a first look at this luxury crossover wouldn’t surprise us. 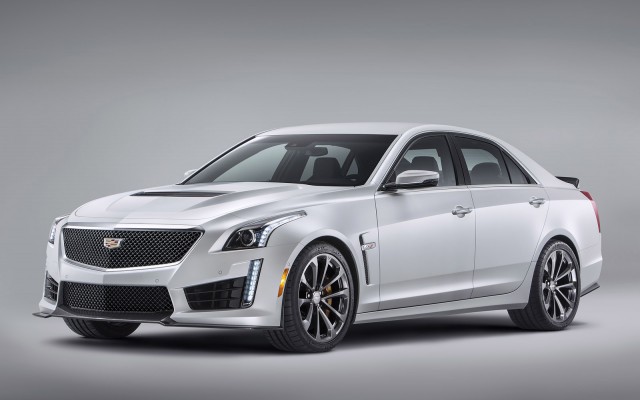 The Detroit Auto Show has, in recent years, become a little more performance-car-centric than it was in the past. And we don’t expect the 2015 show to break from that; in fact, we think it might be one of the strongest shows for focused performance variants of existing models.

The Cadillac ATS-V was revealed at November’s Los Angeles Auto Show. And now at Detroit, it’s time for an all-new CTS-V. Although Cadillac has already confirmed that the 2016 CTS-V will pack a supercharged 6.2-liter LT4 V-8, making 640 horsepower and 630 pound-feet of torque—and that it’s capable of 0-60 mph in just 3.7 seconds and 200 mph—we’re eager to see this track-ready super sport sedan in the flesh.

The racy 2016 Lexus GS F will also make its debut at Detroit. Look for the familiar 467-hp, 5.0-liter V-8 underhood, but with structural reinforcements and an exclusive track-focused suspension that’s different than what other GS models get.

Separately, look to Detroit for first appearances of the 2015 MINI John Cooper Works Hardtop, the 2015 BMW M6, and a refreshed BMW 6-Series lineup. And the all-wheel-drive Ford Focus RS will at last arrive for the U.S. market, likely looking ready for the rally stage—and to truly take on the Subaru WRX.

On the truck side, there will be no lack of high-performance hardware either. We’ll see an all-new version of the beastly Ford SVT Raptor—the super-off-road-focused version of the F-150. Only now, it’ll get the F-150’s lightweight aluminum body and efficiency-minded powertrains—within reason, of course. 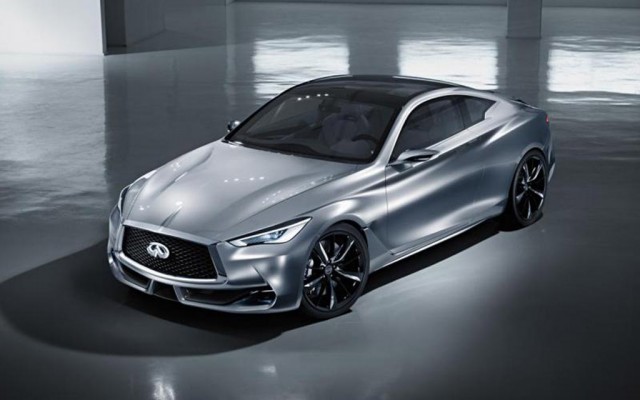 While details on this year’s concept cars are especially thin,

Look for Infiniti to officially show the 2016 Q60 Concept that the luxury brand has already teased. The upcoming production Q60 Coupe, which will take on the BMW 4-Series and Mercedes-Benz C-Class Coupe, among others, is expected to closely resemble the show car and be built on a slightly shortened version of the rear-wheel drive platform that underpins the Infiniti Q50 sedan.

Also look for another concept glimpse of Volkswagen’s upcoming five- and seven-passenger crossover models, which are due to go into production in Chattanooga, Tennessee, sometime next year. Conceived to take on the likes of the Toyota Highlander, Ford Explorer, and Honda Pilot, this model could grab a much larger piece of the family-crossover market than the Touareg.