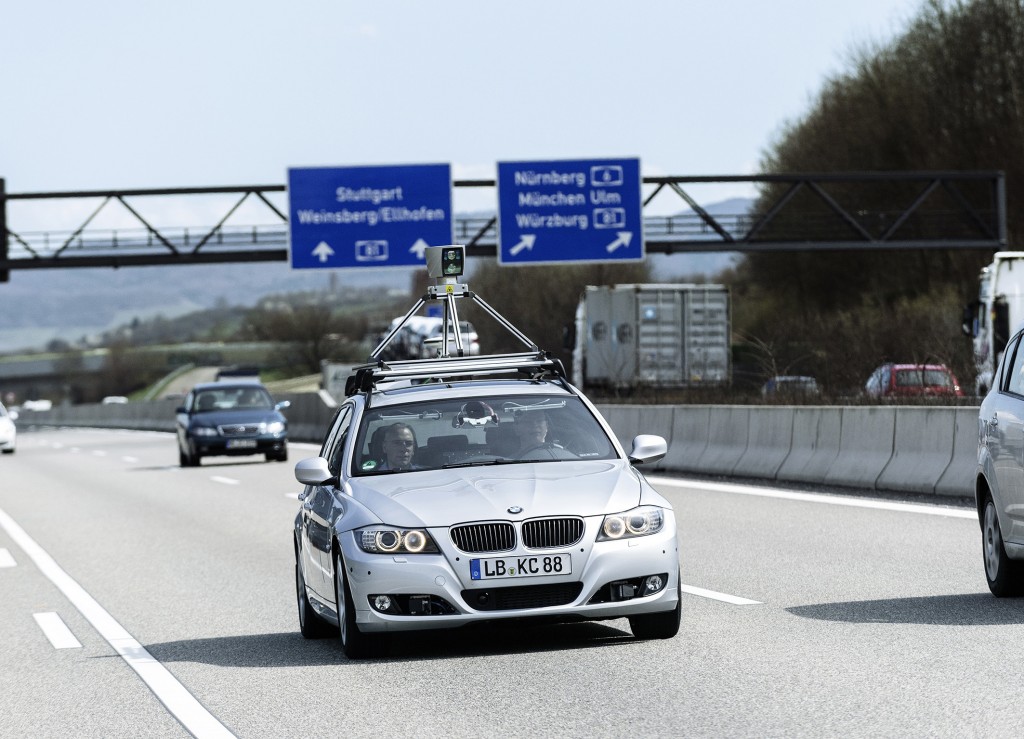 Bosch engineers have brought highly automated driving to the German Autobahn. Test drives in everyday driving situations help to put functions to the test and to improve them. The safety concept worked up for the test campaign was tested and approved by TÜV Süd.

We're still several days away from the opening of the 2015 North American International Auto Show, but car companies and suppliers are already making headlines well to the west of Detroit, in Las Vegas at the Consumer Electronics Show. One of those companies is Robert Bosch GmbH, better known as Bosch, which has taken the wraps off a new autonomous driving system designed specifically for traffic jams.

That may sound like a somewhat limited application of autonomous driving, but low-speed stop-and-go traffic is exhausting for motorists, and as a result, it causes thousands of accidents, injuries, and fatalities every year. Like Ford, Nissan, and many other car companies, Bosch believes that autonomous driving can dramatically improve the situation.

Bosch's system is designed to work at speeds below 60 kph (roughly 37 mph). When it's engaged, it functions a bit like adaptive cruise control, accelerating and braking to maintain the car's position in traffic. It also has a lane assist feature to prevent the vehicle from swerving into adjacent travel lanes. In Germany alone, Bosch estimates that this kind of technology could eliminate 72 percent of rear-end collisions that result in casualties.

Bosch's system relies on a complex network of radar, video, and ultrasound sensors. It also includes something called the Bosch iBooster, a brake booster that can reduce the speed of a vehicle much faster than conventional brakes, though it can also make smooth stops as a driver would under normal conditions.

At CES, Bosch is demonstrating the system on a Jeep Cherokee, but for consumers, it will first arrive on an as-yet-unspecified number of European models. The roll-out is scheduled for later this year, which puts it a bit behind Bosch's previously announced schedule, but still ahead of many automakers.