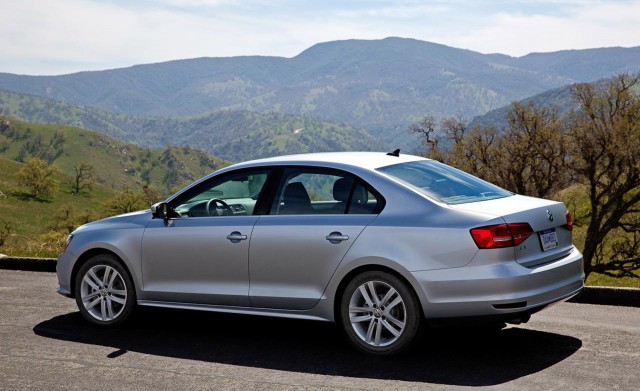 Volkswagen is recalling nearly 35,000 Jetta vehicles from the 2015 model-year to repair a problem with the cars' headlights. Unlike the headlight-related Acura recall issued yesterday, however, Volkswagen's recall stems from a software glitch.

That glitch resides in the headlight control module, and it could cause the Jetta's low-beams to switch off when a driver turns on the supplemental high-beams. If that happens, the headlights will generate less illumination on the road ahead, increasing the risk of a crash. The risk seems slightly heightened, given that drivers tend to use high-beams at times when visibility is especially poor.

According to documents filed with the National Highway Traffic Safety Administration, Volkswagen knows of no crashes, injuries, or fatalities caused by the flawed software. However, the problem came to light courtesy of a Canadian owner who complained that turning on the Jetta's high beams resulted in a reduction of light.

The recall includes Jetta vehicles built between July 11, 2014 and November 13, 2014. All told, it affects 25,007 cars registered in the U.S. and an additional 9,843 in Canada. Thankfully, because the model is so new, roughly half of those vehicles are still on dealers' lots.

Volkswagen says that it will begin mailing recall notices to owners next month. At that time, owners will be able to take their Jettas to a Volkswagen dealer, who will update the software on the headlight control module, free of charge.