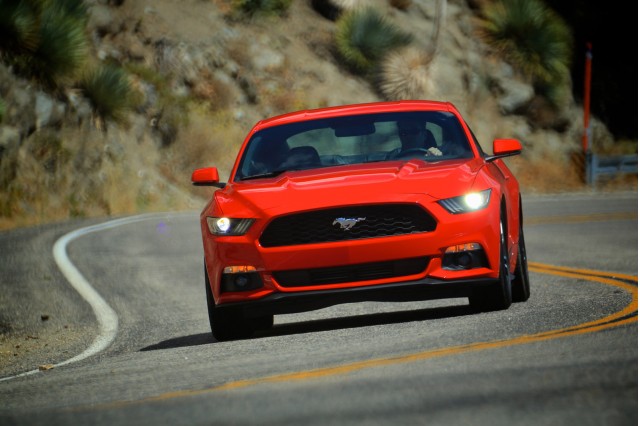 Ford Motor Company [NYSE: F] has revealed that it will be issuing a recall for 2015 Ford Mustang models with the 2.3-liter EcoBoost four-cylinder engine, for a potential issue with the fuel system.

In the EcoBoost models, a fuel pressure sensor might have been installed incorrectly; that could result in a leak of gasoline at the fuel line, and potentially a fire.

The issue potentially affects 728 models, and on those Mustangs Ford will have dealers replace the fuel supply tube at no cost.

These models of the Mustang have direct injection, so the fuel systems in these models operate at a higher pressure than in their V-6 and GT V-8 counterparts.

This is the second issue for which the new sixth-generation Mustang has been recalled. The first recall, announced in October, brought 53 cars back for a safety issue with the passenger-seat safety-belt buckle.

The Mustang EcoBoost starts at just a $1,570 premium over the base Mustang, and it subs in a turbocharged 2.3-liter four-cylinder engine making 310 horsepower and 300 pound-feet of torque—up from the base Mustang V-6’s 300 hp and 280 lb-ft.