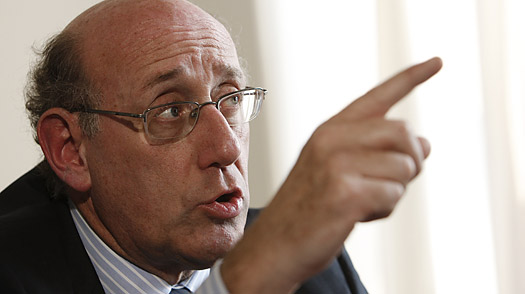 If you've been planning to file a claim with the General Motors Ignition Compensation program but haven't had time to finish the necessary paperwork, you'll be relieved to know that the man in charge of that program, Kenneth Feinberg, has extended the deadline for filings.

When the program launched last summer, that deadline had been set at December 31, 2014. According to a statement posted this week at GMIgnitionCompensation.com, however, the last day to file has been pushed back a month to January 31, 2015.

The extension largely stems from the age of GM vehicles affected by the ignition switch problem. The faulty switches -- which can occasionally flip to the "off" position due to excessive weight on key rings or a bump from a driver's knee -- were used on vehicles from the 2003 to 2007 model years, meaning that some were bought as far back as 2002. The complete list of affected vehicles includes:

Years later, many of these vehicles have changed hands, and tracking down current owners hasn't always been easy.

However, Feinberg applauds GM's efforts to contact as many owners as possible. He notes that nearly 4.5 million notices have already been sent out, and that GM is mailing another batch of 850,000 letters to folks who've recently registered an affected vehicle or filed change of address forms. In the statement, Feinberg says:

"I believe that the many efforts to reach all possible GM automobile owners, former owners and others who might have been adversely impacted by a defective ignition switch have been both comprehensive and effective. There will always be some individuals who do not receive formal notice and are generally unaware of available compensation. But such individuals appear to be very few in number."

However, Feinberg also wants to ensure that as many owners as possible have a chance to file claims. And so, he's extended the filing deadline by one month "out of an abundance of caution".

If you own one of the vehicles listed above and have questions about eligible claims, we encourage you to visit the FAQ page at GMIgnitionCompensation.com.