Connect with our dealer and finance partners through our site and ask for details regarding their at-home car buying services.
OK
HomeNewsLists

Out Of Their League: 6 Vehicles With Shocking Sticker Prices 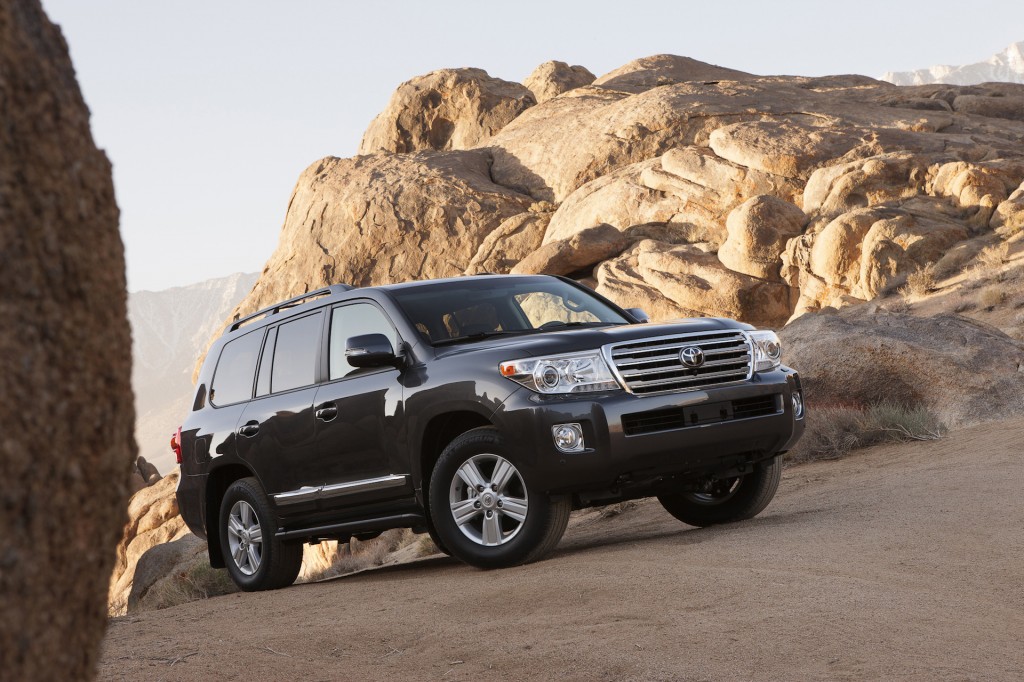 If you’re not headed to the dealership intending to buy a brand-new Toyota Land Cruiser, you might find it quite shocking to see that it costs more than most of the Lexus lineup.

What the Land Cruiser, as well as a lot of vehicles that might seem priced unusually high, has is a well-respected badge and a storied reputation that together command a steep premium—and arguably, a well earned one, to those fans.

“Build a rich history like that and you also have a rich brand image, brand value, and you’re willing to sell at very low volume, then you can command the price,” said Eric Lyman, VP of industry and insights for TrueCar, and affiliated residual and resale value authority ALG.

Some might see the Land Cruiser as shockingly high in its price—more than $80,000—yet it’s not overpriced. Looking at the very low level of discounting that happens at the dealership, as well as its top-notch resale values, it’s priced just right for what it is, within the market.

That also, for the most part, applies to the Jeep Wrangler. It’s a vehicle that, at $40k or more in some of its four-door Unlimited trims, seems shockingly high to those who think of it as an simple, basic truck. But there’s nothing else quite like it on the market today, and with values propped up, Wrangler fans have clearly decided it’s worth that.

“They might be perceived as overpriced niche products, but they have some of the highest retained value because they’re niche vehicles,” explained Lyman of the Land Cruiser and Wrangler. “Someone who has no knowledge of the heritage isn’t going to see the value of this vehicle...but someone who’s followed them since they were young will want one."

Sticker shock takes on an entirely different meaning when it applies to an all-new model, like the Cadillac ELR, a model that’s both shockingly high in its sticker price and definitely overpriced for the market.

At present, the ELR isn’t selling in the numbers anticipated. It’s not even selling, significantly discounted, in the numbers already produced. Based on the rate of sale so far, U.S. dealers have a gasp-inducing year of inventory sitting around.

“It probably is the most prominent example of an overpriced car that we’ve seen, simply by looking at the inventory,” said Lyman.

Lyman notes that getting a case like the ELR back on track is an extreme challenge for a brand. The ELR arrived just at the time when there was a recalibration in pricing for a number of electric cars and plug-in hybrids, and as gas prices weren’t as big of a concern as they’d been, perhaps, when the car was being developed. Product planners also grossly misjudged the value that shoppers would place in the powertrain.

If an automaker strikes out on pricing in such a profound way, Lyman says that the best option isn’t to drop the price right away, but to wait until it can give the vehicle some kind of overhaul—then push the revamped model out under the guise of being a better car, with increased value and features, at a lower price.

Will Cadillac save the ELR by repositioning it? That’s something we can’t yet answer, but click on to see six models that could seem very pricey if you’re not tuned into the fanbase or the marketing message. 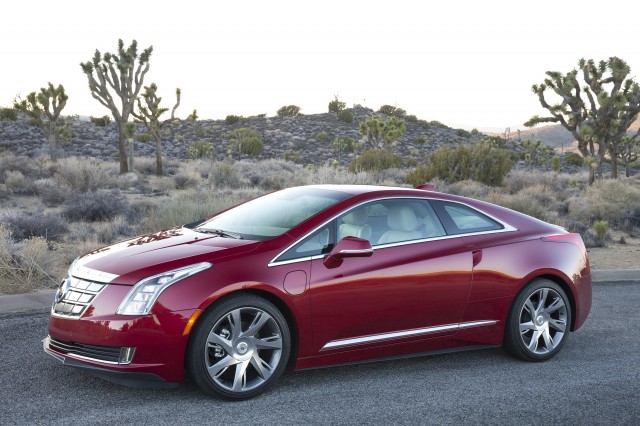 The Cadillac ELR is a personal-luxury coupe that also packs a green-conscious plug-in hybrid powertrain, allowing you to drive in all-electric mode for nearly 40 miles before the gasoline engine cycles on. We’ve driven the ELR and like it, but whether Tesla comes up in the conversation or not, it’s tough justifying that $40,000 premium over the Volt, which has essentially the same powertrain and with a much more useful, versatile layout. 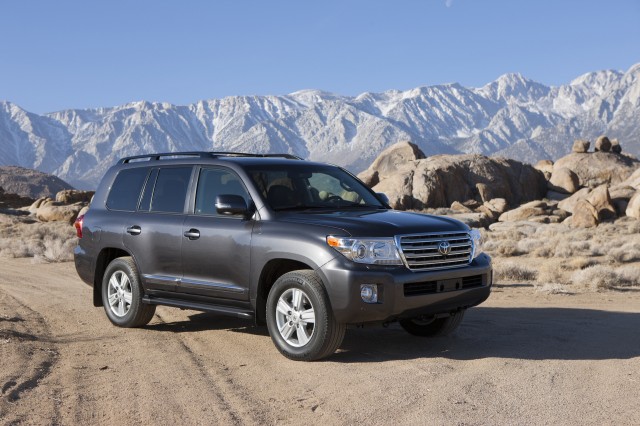 The Land Cruiser has been a relatively exclusive niche vehicle for decades, and with Toyota’s own Sequoia SUV offering a similar-sized package and truck-based underpinnings for about $35k less, it’s bound to stay that way. The Lexus LX 570 is essentially a version of the Land Cruiser with an more lavish interior and the superior dealership network and ownership experience, and it starts at less than a $3,000 premium to the Land Cruiser, but that’s meaningless to most Land Cruiser buyers, who want one based on the hard-earned, long-running heritage of the badge. 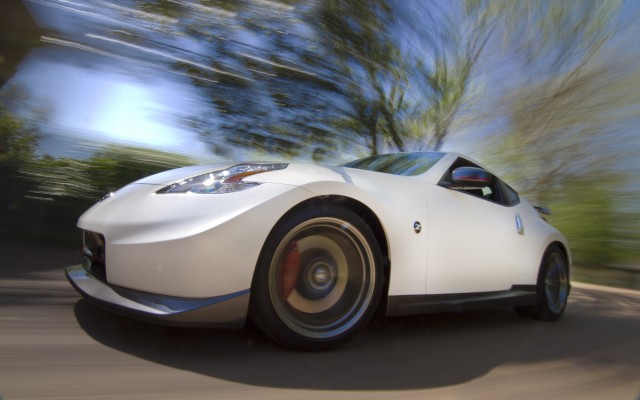 The Nissan 370Z ‘returned’ in to the market 12 years ago to a market position that was supposed to break free of the lower-sales, higher-price territory that eventually doomed its 300ZX predecessor. We’re curious to see if Nissan goes back to basics with the next-generation ‘Z’ because it’s again become a quite expensive grand-touring machine in some trims—while lacking the refinement that should come with such a price tag, we think. 370Z sales have dropped on a year-over-year basis for four consecutive years, up to this past year, as well—another indication that a new pricing strategy might work. 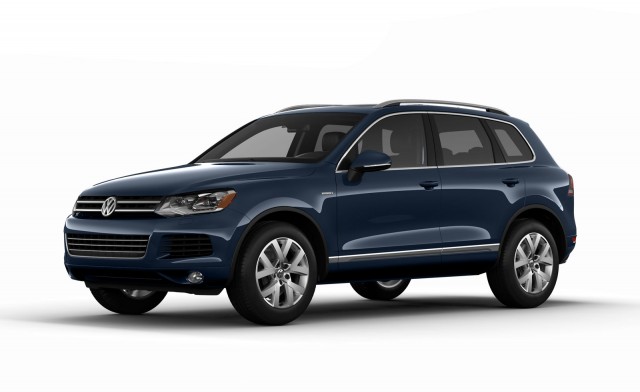 The VW Toureg has been arguably misunderstood since day one, and that’s part of the reason why there’s a more affordable mid-size crossover on the way next year. Volkswagen’s upscale SUV starts at $45,480 for its base V-6 gasoline model, but the models that are more shocking are the higher-trim versions with TDI diesel and hybrid powertrains under the hood. The Touareg Hybrid starts at $65,655—more than $10k above the price of a top-of-the-line Audi Q7 TDI Prestige, or an Audi Q5 Hybrid. 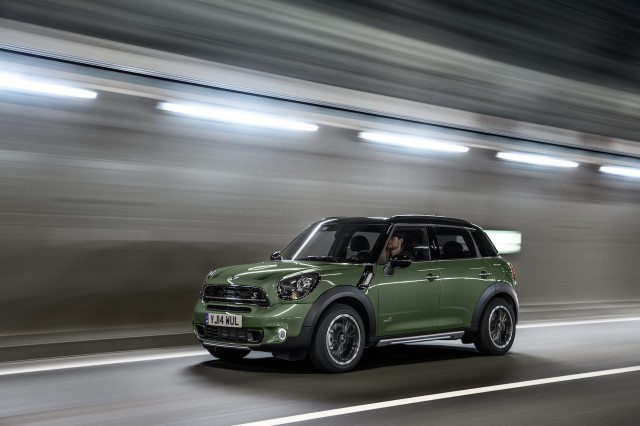 Mini Cooper Countryman JCW ALL4
Price: $36,200 (base); $47,650 (fully optioned); $60,099 (loaded with official accessories)
Why it’s shockingly high: It underscores how inflated MINI pricing can be—even next to luxury counterpart BMW

We have trouble understanding, or stomaching, the price tag on this top-of-the-line member of the 2015 MINI Cooper lineup. Load it up with the works (City Pack, Cold Weather Package, Technology Package, panoramic sunroof, navigation), and the bottom-line price adds up to $47,650, according to MINI’s consumer site. That's already within a couple grand of the Mercedes-Benz GLA45 AMG. And when we outfitted it with what we’d consider a perfectly reasonable set of MINI accessories (including the extra-cost JCW aero kit and trim, black driving lamps, a roof basket and bike carrier), we ran the price up to an absolutely insane $60,099. 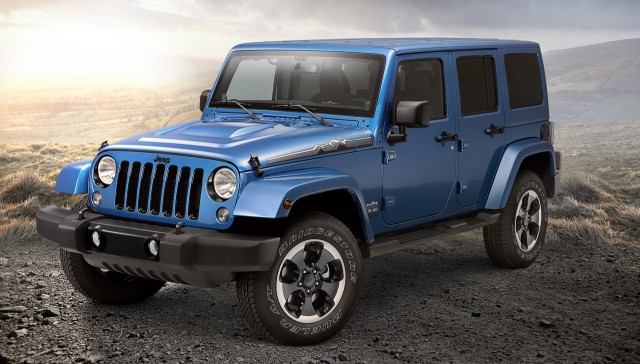 Jeep Wrangler Unlimited
Price: $40,890 (Rubicon Hard Rock)
Why it’s shockingly high: Because it’s a Wrangler, and aren’t they simple and a little crude?

Yes, we do remember when the Jeep Wrangler seemed quite affordable. But in recent years its prices have crept up. And perhaps emboldening Jeep’s pricing strategy is that, with the Hummer H3 long gone and the Toyota FJ now discontinued, it’s the only pick for those who want the iconic, retro-styled Wrangler—and not a luxury-badged vehicle that might look out of place dusty and dirty.

For 2015, the Wrangler Unlimited Hard Rock edition, optioned with the automatic transmission and items like the body-color hard top, tow package, the lower axle ratio, Uconnect infotainment, front seat side airbags (yes, they’re optional), and automatic climate control, altogether nudges $47k. Make some accessory choices and you could hit the $50k ceiling. It’s steep, but to serious off-road enthusiasts, the Wrangler’s worth it.