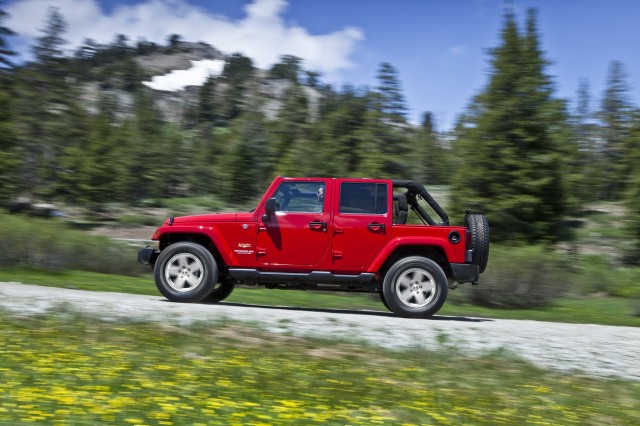 ALSO SEE: AeroMobil 3.0 Takes To The Skies, So Yeah, Flying Cars Are Probably Going To Be A Thing

According to Chrysler, the company that supplied the tire pressure control module for those vehicles may have left the devices in test mode. As such, they may not accurately reflect real-world tire pressure. That could result in false warnings being triggered for drivers, or potentially no warning at all.

The fix for these vehicles will involve disabling test mode on the component. Chrysler says that the recall affects 10,390 vehicles, all of which are registered in the U.S.

A second recall affected 2014 models of the Ram ProMaster van. In some of those units, a software glitch may prevent the tire pressure control module from properly identifying which tire is in need of an air pressure adjustment. This can result in a false warning light displayed on the dashboard, signaling that tire pressure is low when it isn't. If that's not fixed, the light may stay on, which could prevent owners from knowing about true tire pressure problems.

A software upgrade should fix the problem. According to Chrysler, this recall affects 23,053 vans, all of which are registered in the U.S.

Chrysler hasn't indicated when it will mail recall notices to the owners of vehicles mentioned above. If you believe that you're on that list and you have questions, you're encouraged to contact Chrysler Customer service at 800-334-9200.