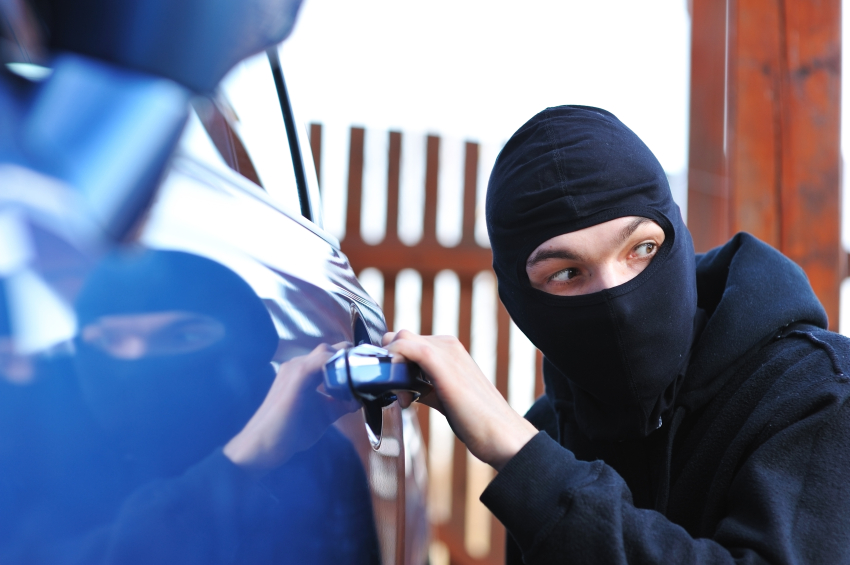 Between the Halloween B-movies filling cineplexes and "sexy Ebola" costumes littering the internet (real ones this time), the world's a scary place. But according to a recent Gallup poll, ghouls and goblins aren't what's keeping most of you up at night.

Car theft, on the other hand? That's a different story.

ALSO SEE: Hardtop Convertibles Dwindling: Are They A Passing Fad?

To gather data for that poll, Gallup conducted telephone surveys with 1,017 adults from every state and the District of Columbia between October 12 and 15 of this year. Participants were asked, "How often do you, yourself, worry about the following things -- frequently, occasionally, rarely or never?" What followed was a list of potential fears, ranging from murder to hate crimes to workplace violence.

As it turns out, theft is a very, very big concern among Americans. In fact, Gallup's top vote-getter was credit card theft via data breaches (like the kind we've seen at retailers in recent months). All told, 69 percent of respondents worried about that frequently or occasionally. Computer/smartphone hacking was a concern among 62 percent of those surveyed, and 45 percent worried that their home would be burglarized while they were away.

Just below that, Gallup found that 42 percent of Americans worry about their car being stolen or broken into. And slightly further down the list, 20 percent worried frequently or occasionally about being attacked while driving their cars.

A NATION OF WORRIERS?

At first glance, you might think that significant chunks of the U.S. population are simply worry-prone, and that some of the survey's lower-ranked fears ought to have landed higher up the list. But data shows that, as far as fears go, Gallup's respondents have many of their priorities in order.

For example, only 18 percent of Gallup's respondents worried frequently or occasionally about being murdered. According to recent CDC statistics, there are just over 16,000 homicides per year in the U.S.

That may sound like a lot, but in fact, carjacking -- rated a slightly bigger fear by Gallup's respondents -- is more than twice as common. The Bureau of Justice says that historically, there are as many as 34,000 carjacking incidents per year in the U.S.

And car theft easily outpaces both of those. The FBI reports that 721,053 vehicles were stolen in America in 2012, which may explain why many more people worried about auto theft than carjacking or murder.

Are these the sorts of things that keep you awake at night? If not, what does? Share your fears in the comments below.