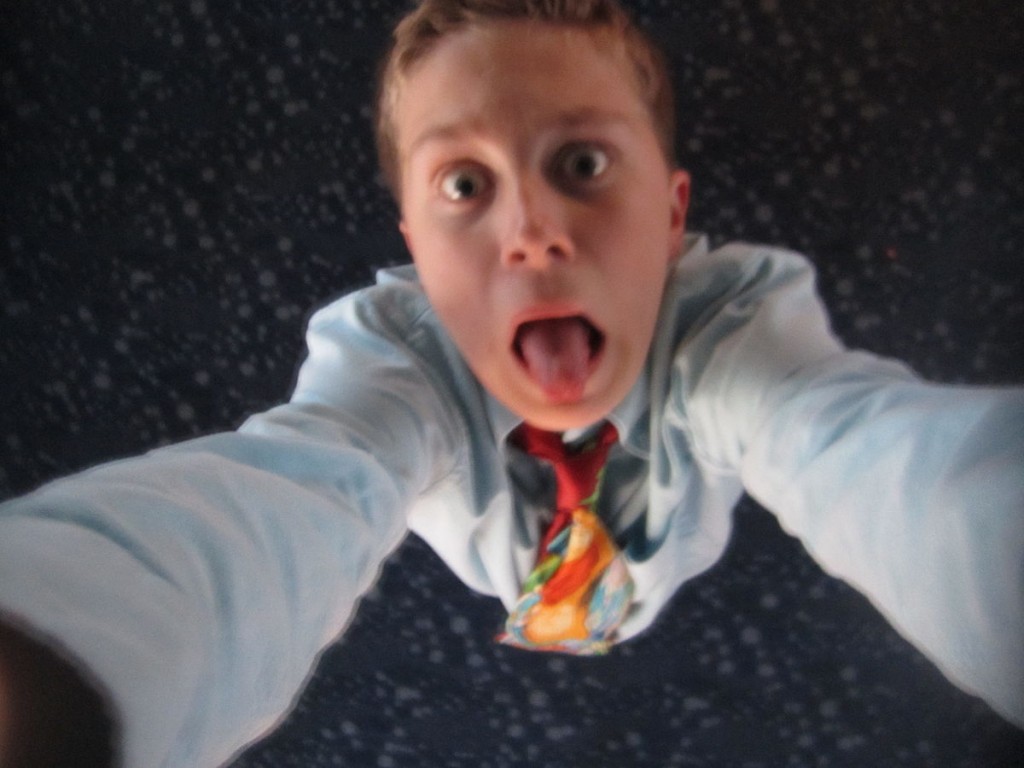 Selfie of Noel Rudloff (via Wikimedia)

Selling a car online is easy, right? Type in the make/model/year, offer a little description, name a price, post a few pics, and -- boom! -- you're done.

Except it's not that simple. If you're selling your car, you should spend just as much time planning your pitch as Madison Avenue types prepare for selling handbags and hand towels. Few people do, though, and as a result, sellers may not get as many inquiries from shoppers as they'd like.

One of the problem areas we see most often involves the photos that sellers use. They forget that pics are the first thing buyers see, the first thing to make an impression. No matter how dazzling an ad might be written, if the photos that accompany the ad aren't attractive, that car probably isn't going to sell (at least, not for what the seller is asking).

Swapalease has identified a few of the most common photo mistakes that sellers make. We've chosen to illustrate seven them with selfies from Wikimedia. Because it's Friday and because people post selfies to Wikimedia.

Selfie by DDOiseau (via Wikimedia)

1. USING PHOTO FILTERS
Yes, everyone on Instagram is all about the snazzy effects, but using anything more hardcore than Valencia on a used auto is a no-no. Prospective buyers want to see the car, not artwork of the car that they could probably buy as part of a matching frame set at Michael's. Keep the colors accurate. (Translation: no black and white, no sepia.) Keep the light even. (More on that in a sec.) Save the drama for your face.

Selfie by Chris Sampson (via Wikimedia)

2. STRETCHING PHOTOS
Sometimes, images get stretched because the website that's hosting them has pre-set parameters. Sometimes, it's because you resized the image yourself and forgot to click the box that keeps the image size proportional. Either way, you're not providing an accurate depiction of your car, which is a big turn-off for shoppers. If you have to, open the pic in Photoshop or in a free app like Pixlr and create a new image that matches the dimensions that your website of choice demands.

Selfie by Ricky Gervais (via Wikimedia)

3. VERTICAL SHOTS
We understand that your phone and your tablet are oriented vertically, so photos default to portrait mode. But to people browsing your ride on a laptop or desktop computer, portrait images look long and skinny, failing to provide much detail. It's true that a growing number of people are shopping for cars on mobile devices, but your goal as a seller should be to reach the largest possible audience, and that includes traditional computer users. Rotate your camera 90 degrees and snap a landscape shot. (Bonus: mobile users will be able to enjoy it, too, by simply rotating their screens.)

4. BAD/WEIRD CROPS
Assuming you're selling an entire car and not just 75 percent of it, your photos ought to feature 100 percent of the vehicle. Give yourself plenty of room for cropping. Remember back in grade school, when your class was making holiday ornaments? Remember how the smart kids didn't care about coloring outside the lines of the candle or the snowflake or other non-denominational image because they knew that it was going to be cut out and hung from a bent paper clip anyway, leaving no one the wiser? Same thing here: step back a few feet, get more image than you need, and cut it down to size later.

Selfie by Buzz Aldrin (via Wikimedia)

5. BAD/WEIRD LOCATIONS
In professional car shots, it's common to see vehicles parked next to abandoned buildings or in front of walls covered in graffiti or in other strange/exotic/eye-catching locales. Sometimes that works great and leads to a really stunning photo that gets reproduced on websites and in magazines around the globe.

If you're not a creative director, though, it's probably best to make the backdrop for your photos as neutral as possible. Try to minimize clutter in the background, especially clutter that people can read or identify. (Taking pics of your car in the local Walmart parking lot, with the sign in the distance? Not such a great idea. Same goes for taking pics of it in front of city hall or the Washington Monument.) You want viewers to look at your car, not to be distracted by the place you've decided to shoot it.

Selfie by Manojk (via Wikimedia)

6. BAD/WEIRD LIGHTING
When it comes to light, there are three things to avoid.

Never use a flash. Unless you're photographing your car in a professional studio, the only flash you'll have is probably the one built into your camera or phone. Those kinds of flashes are terrible, leaving some parts of a photo super-bright and others in near-total-darkness.

Never backlight your ride. You might think it'll be beautiful to photograph your car on the beach at sunset, but really, all people will see is a sunset with a giant car-shaped silhouette in front of it.

Never shoot at noon. When the sun is directly overhead, shadows are harsh -- just as harsh as they are when you use a flash. The best time to shoot your car is probably around 10am or 4pm, depending on where you live. If the weather's cloudy, that can work to your advantage by diffusing the sunlight and making everything a bit more evenly lit.

Selfie by Simon Speed (via Wikimedia)

7. APPEARING IN PHOTOS YOURSELF
Stop for a moment and take a look at some of our new-car galleries. Notice any striking similarities between the pics of Mazdas, Mitsubishis, and MINIs? Even when cars are shot on the road and moving, you can't really see a driver. (It's the same in TV commercials.) Experts have different theories about why consumers don't want to see drivers in the cars they're buying, but the important part is: they don't. We don't care how cute you are, stay out of the frame.

Swapalease has four more photo tips for sellers that we couldn't figure out how to illustrate with selfies. (Or, in the case of interior shots, we didn't think it appropriate. This is a family site, after all.) You can see the full list here.