2015 Chrysler 200: With Safety Ratings All In, It Tops Honda Accord 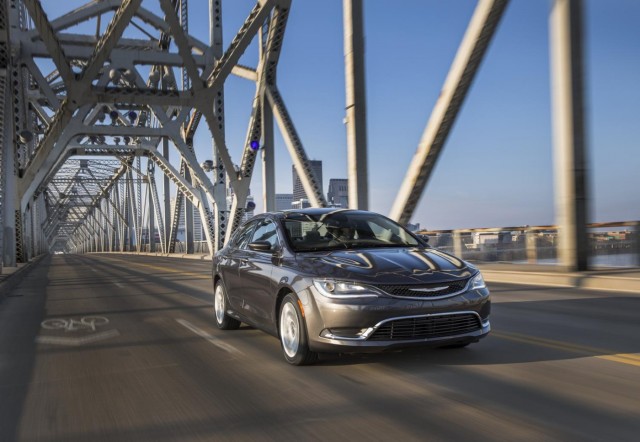 If you're shopping for the safest mid-size sedan, above all else, and you don't have a luxury-car budget, the 2015 Chrysler 200 is likely your best pick, based on the latest information from U.S. safety agencies.

The 200 has just been put through the battery of New Car Assessment (NCAP) tests from the federal government, and it emerged with top-notch ratings in every single crash category.

It's one of very few models on the market to achieve five stars overall from the federal government, as well as Top Safety Pick Plus (TSP+) status from the Insurance Institute for Highway Safety (IIHS).

In federal testing, the new 200 received not only five stars in its frontal and side ratings, but in all associated subcategories of testing—like for front passengers in the frontal test, and for rear-seat, female-sized passengers. The federal ratings do leave a bit of room for improvement, however—in the 200's four-star federal rollover rating, which is mostly related to the model's height and center of mass.

From the IIHS, it's earned not just 'basic' kudos for front crash protection but the full luxury-level rating of 'superior'—when optioned with the Full Speed Forward Collision Warning Plus system, part of the Safety Tec package that brings you autonomous braking capable of taking you to a full stop in some situations.

More specifically, the best ratings (and our 10) apply to the 2015 Chrysler 200C. While that package, which also includes lane-departure warning and adaptive cruise control, costs $1,295, a $1,395 Navigation and Sound package and $795 Premium Lighting Group are mandatory, bumping the bottom-line price of the 200C up to $30,705.

That said, the base 2015 Chrysler 200 starts at just $22,695 and includes an impressive set of standard safety items, with driver knee bags part of the standard kit.

That puts the 200 in an elite group of safety superstars. The only other sedans we've awarded 'perfect 10' safety scores to so far include the Honda Accord, Honda Civic, and Volvo S60. And the only direct rival to the 200 from that group, the Honda Accord, carries along with one noteworthy blemish—its four-star side impact score from the federal government. With that, and how the Accord achieves only 'basic' in its front crash prevention from the IIHS, the Chrysler 200 is the clear winner.