Peugeot Citroen Could Return To The U.S. In The Early 2020s 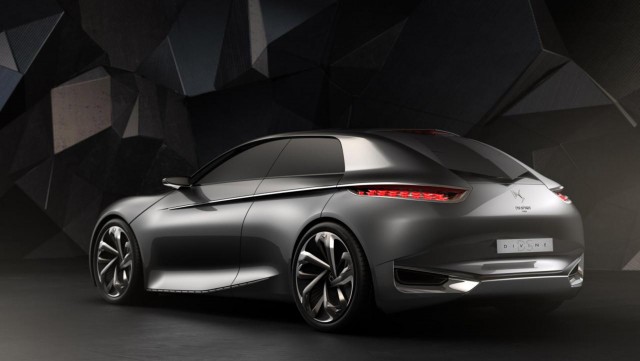 Younger readers may not remember it, but just over 20 years ago, you could buy a Peugeot in the U.S.A. Even older folks could be forgiven for forgetting that 40 years ago, Citroens were sold here, too.

Peugeot officially bailed on the U.S. in 1991. Citroen left in 1974. But according to Auto News, their parent company, PSA Peugeot Citroen, could be planning a return to these shores via the relatively new DS sub-brand.

MUST READ: 10 Cars Most Likely To Get Ticketed

BACKSTORY TO THE PRESENT

The original DS was one of Citroen's most popular and distinctive models, with production spanning from the mid-1950s to the mid-1970s. (Fun fact: the name "DS" is bit of French wordplay. It's pronounced "dey-ESS", which is the same way you'd pronounce the word "déesse", or "goddess". The more you know.)

In 2010, the company revived the DS, and while we weren't especially thrilled with the model's 21st century update, shoppers in Europe and China were. In fact, PSA Peugeot Citroen was so pleased with the results that it created a luxury sub-brand of DS vehicles, which has since sold 500,000 units.

At the current Paris Auto Show, the CEO of the DS brand, Yves Bonnefont, told the press that he envisions selling DS vehicles in some 200 cities around the globe within the next decade. Of those cities, he expects 20 of them to be located in the U.S.

Of course, there are a lot of hurdles standing in his way.

For starters, Bonnefont will have to get all of his colleagues onboard. He told the press that he doesn't expect a decision to be made on the U.S. market before the year 2017, and production wouldn't begin until after 2020.

Next, Bonnefont will have to bring the DS up to U.S. safety standards. Of the five DS models currently on the market, ranging from small A-class rides to larger SUVs, none meet American benchmarks.

But perhaps most importantly, he'll have to gauge America's interest in the admittedly quirky-looking DS. The brand's overarching silhouette echoes that of the original DS, including a long hood and a cabin placed well to the rear of the vehicle, kind of like a shooting-brake. It's not a common look among current U.S. models, but in theory, with enough advertising, tastes could change.

For more on this story, check out our colleagues at Motor Authority.

In the meantime: older readers, do you have fond memories of Citroen and Peugeot in the U.S.? Or would you rather they stayed là-bas? Younger readers: are you interested? Sound off in the comments below.