Where Scotland failed, Cadillac has succeeded: General Motors' luxury brand gained independence this week and is making plans to relocate to New York. Well, sort of.

In May of this year, a jury in Montana ruled against Hyundai, siding with the families of two teenage boys who died in a 2005 Hyundai Tiburon. The jury set a massive, $240 million penalty, which Hyundai subsequently appealed.

The 2015 Toyota Yaris is one of the better-looking subcompacts on the market; yet in too many respects—especially from the driver's seat—it feels like a small car from another era. 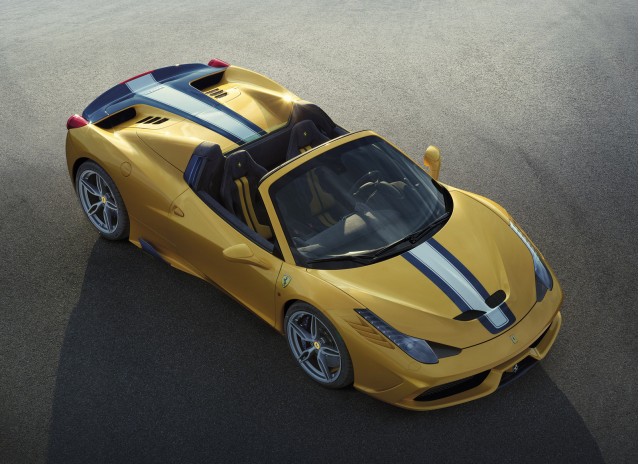 The convertible version of Ferrari’s hardcore 458 Speciale has been revealed, and it’s called the 458 Speciale A. The A is for the Italian word Aperta, roughly translating to “open,” and the production run for this latest Prancing Horse will be just 499 units.

In a press release for its 2015 Mustang, Ford Motor Company [NYSE:F] product development chief Raj Nair states that the “visceral look, sound and performance of Mustang resonates with people, even if they’ve never driven one.” But in the case of the 2015 Mustang EcoBoost, the sound he’s talking about is more likely to be coming from the car’s speakers than what’s actually under the hood.

Earlier in the year, we heard that a company based in California was working on a convertible conversion for the Tesla Model S. That company was Newport Convertible Engineering , which back in April released several computer-generated images of its convertible Model S and said it had a Chinese investor lined up to buy 100 examples of the car.

A hybrid system, broadly defined, is any two power sources that combine to provide torque to drive a car's wheels. While most are hybrid-electric--a combustion engine plus one or two electric motors powered by a battery pack--other types exist as well.

A name synonymous with oil wealth for more than a century is now abandoning it. John D. Rockefeller built a vast fortune with Standard Oil, but his heirs are turning away from fossil fuels because of their role in climate change.

This past week, thousands of people came out to learn about, experience, and extoll the virtues of the electric car.