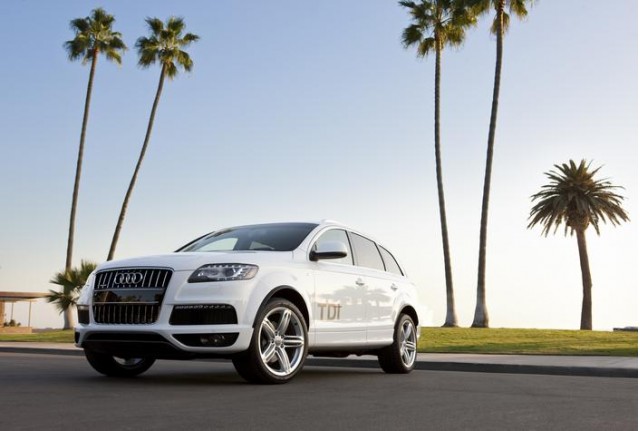 Volkswagen Group of America, Inc. has issued a recall for select 2013 models of the Audi Q7 crossover. According to a bulletin from the National Highway Traffic Safety Administration (PDF), some of those vehicles may suffer from an oil leak, which could set off a series of unfortunate events that might increase the risk of an accident.

NHTSA says that a check valve on the 2013 Q7 may become contaminated with plastic debris. If the debris accumulates, it could cause an oil leak. Where might that oil go? Into the brake booster, which is part of the power braking system.

If enough oil leaks into the brake booster, the booster's diaphragm may rupture, which would diminish or eliminate the power braking function. That could make for considerably longer braking times, increasing the risk of an accident.

Luckily, the recall is fairly limited in scope. It affects Q7 models built between June 5, 2012 and November 29, 2012 that came with a 3.0L TDI engine. Audi estimates that 1,814 vehicles registered in the U.S. are affected.

Volkswagen says that it began sending out notifications to owners yesterday. Once owners receive those notices, they'll be able to take their Q7s to an Audi dealer, who will inspect the brake booster system for contamination and, if necessary, replace affected components. Dealers will also replace a vacuum line on the vehicle. All repairs will be carried out free of charge.