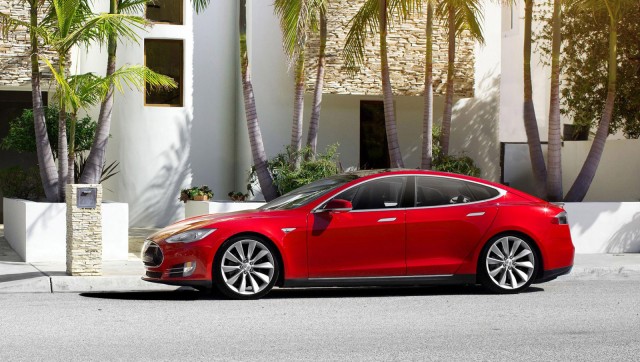 Last week, the internet was abuzz over a software update -- namely, Apple's release of iOS8. But on Friday, electric car company Tesla announced a substantial software update of its own, and some of the new bells and whistles are even more interesting than those found on iPhones.

The new operating system, dubbed Software v6.0, was unveiled in a Tesla blog post. It's being distributed via an over-the-air update to the Model S sedan, meaning that it will be delivered directly to the car, without owners having to visit a service center.

Among the seven new features detailed in the announcement, four seemed especially interesting:

Traffic-based navigation: Many of the navigation apps we use on our smartphones already factor traffic into their travel-time predictions. Now, Tesla is bringing that same functionality to its in-dash nav system, calculating routes based on third-party traffic data and on real-time stats provided by other Tesla vehicles (much like Waze or even Volvo do).

Remote start: For some time, Tesla owners have been able to start their vehicles remotely with their key fob. Now, they'll be able to do the same thing by using the Tesla smartphone app.

Location-based air suspension: Back in 2013, several Model S vehicles caught fire when roadway debris struck the underside of the car's battery pack. Tesla subsequently upgraded the sedan's defenses, adding things like a titanium shield to ward off obstacles. With Software v6.0, there's another way to guard your vehicle: automatically adjusted ride heights. That'll come in handy for those who drive on rougher roads, or even those who have to navigate steep driveways and high curbs.

Power management: At night, the Tesla Model S can now fall into something akin to sleep mode, saving battery energy in the process. For an all-electric vehicle, that seems like a very handy improvement.

For a more detailed rundown of the upgrades found on Software v6.0, check out the full blog post at TeslaMotors.com.