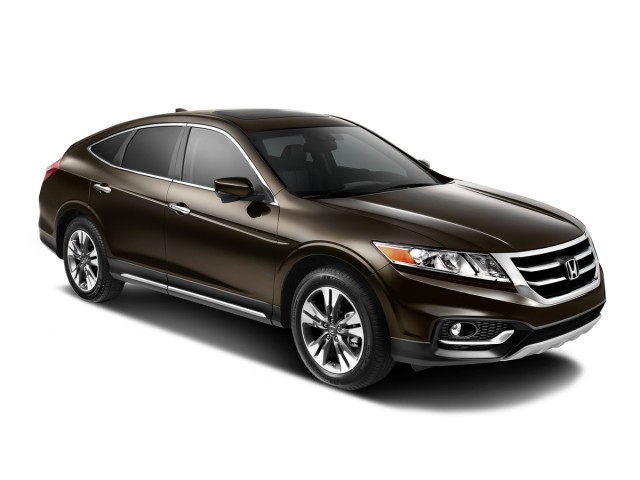 The Honda Crosstour's debut in September 2009 wasn't very auspicious. Then called the Honda Accord Crosstour, critics assailed the new model's ungainliness, with far too much badonka in its donk. Honda took out a Super Bowl ad to tout the Crosstour, but weirdly, the clip spent most of its 30 seconds focused on a squirrel.

Four-plus years later, the Crosstour is a part of America's automotive landscape. Consumers have become accustomed to its unusual shape -- one that's been adopted and adapted by a few other automakers.

READ: Tesla Fights Back In Georgia: Do Traditional Dealerships Stand A Chance?

Now, the 2015 Crosstour is preparing to arrive in dealerships, and today, Honda told us just how much it'll cost.

The base Crosstour -- the 2WD EX model -- starts at $27,530. In exchange for that sum, buyers will get a 2.4-liter four-cylinder engine churning out 192 horsepower, plus 51.3 cubic feet of cargo space, a rearview camera, Honda's HandsFreeLink (powered by Bluetooth), a USB outlet, fog lights, and other goodies. Fuel economy is rated at 22 city / 31 highway / 25 combined.

Other versions of the Crosstour up the ante, offering a number of great safety features, including Lane Departure Warning and Forward Collision Warning systems.