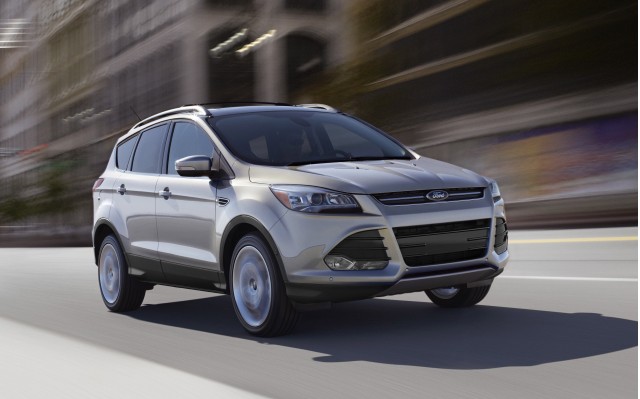 Ford Motor Company has issued a series of recalls for several late-model Ford and Lincoln vehicles. According to Detroit News, the recalls affect nearly 165,000 Ford owners across North America, with most of the vehicles registered in the U.S.

Some of these vehicles may contain wiring harnesses that were improperly manufactured by one of Ford's suppliers. These can result in poor electrical connections and send inaccurate signals to the vehicles' powertrain control module, which helps manage the engine. That may cause a warning light to illuminate on the dashboard, or in severe cases, it can reduce engine output and even cause stalling, boosting the risk of an accident. However, Ford says that it knows of no collisions or injuries associated with the problem.

The recall is limited to 2.0-liter Escape vehicles built between October 5, 2011 and April 1, 2013 at Ford's Louisville Assembly Plant and 2.0-liter Focus ST vehicles manufactured between February 14, 2012 and October 14, 2013 at the automaker's Michigan Assembly Plant. Ford says that dealers will inspect and replace the faulty part.

Some of these models may suffer from a brake fluid leak, which could cause the brake fluid level warning light to illuminate on the dashboard and, over time, reduce the efficiency of the Transit's brakes. (For example, it may take longer to stop the vehicle, and drivers may have to press harder/further on the brake pedal to do so.) Once the recall begins, Ford dealers will inspect the vans and replace washers at the point of the potential leak.

It's unclear if there's any overlap between this recall and recall #2 above. However, this recall is for something entirely different: the windowless sliding doors on some 2015 Transit vans were installed without any kind of epoxy reinforcement. That makes them significantly more likely to separate from the vehicle in the case of a side-impact collision. Ford says that dealers will install a reinforcement plate on the door, which should fix the problem.

Some of these crossovers may have been built with windshields that don't measure up to federal safety standards. Specifically, they contain air bubbles between the layers of glass, which is a big no-no. Ford says that dealers will inspect the vehicles' windshields and replace them, if necessary.