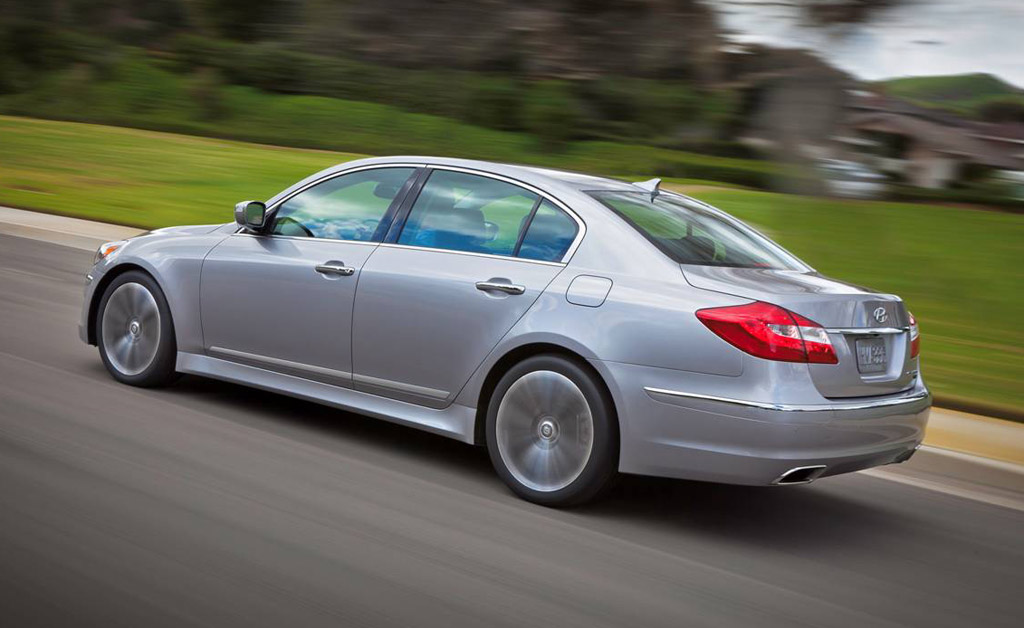 Last fall, South Korean automaker Hyundai recalled Genesis vehicles from the 2009-2012 model years. Unfortunately for Hyundai, the recall was long overdue, and now the company has been hit with a $17.35 million fine from the National Highway Traffic Safety Administration.

The Genesis recall affected roughly 43,500 vehicles built between April 30, 2008 and March 28, 2012. The recall stemmed from a problem with the brake fluid used in the Genesis' Hydraulic Electronic Control Unit (HECU).

Under normal circumstance, that brake fluid would've guarded the HECU from corrosion, but the fluid used in 2009-2012 models wasn't up to the task. That meant that the HECU could corrode, inhibiting brake performance. Six collisions and two injuries have been linked to the flaw, as are 87 consumer complaints received by Hyundai.

NHTSA conducted an investigation of the matter and discovered that Hyundai (a) failed to report the problem to the agency in a timely manner and (b) failed to issue a proper recall. According to a statement from NHTSA:

"Rather than issue a recall, Hyundai instructed dealers to change the brake fluid in affected vehicles without explaining the consequences of failing to change the brake fluid. Hyundai also did not inform Genesis owners of the potential safety consequences. Hyundai finally issued a recall of the affected vehicles in October 2013 as a result of a NHTSA investigation."

As a result of that investigation, Hyundai has agreed to pay a civil penalty of $17.35 million. The company has also agreed to improve its in-house system for evaluating problems and instituting recalls:

"Hyundai agrees to make improvements to its processes for identifying, reporting, and communicating safety-related defects in a timely manner. This includes the creation of a U.S. Technical Committee to review and make decisions regarding potential Hyundai-specific safety recalls. Hyundai will ultimately be responsible for responding to safety concerns in a timely manner based on the Technical Committee's recommendations."

However, both Hyundai and Toyota got off easy compared to General Motors, which agreed to pay twice that sum for its far slower "Switchgate" recall. According to NHTSA, that $35 million figure holds the record as "the single highest civil penalty amount ever paid as a result of a NHTSA investigation of violations stemming from a recall."