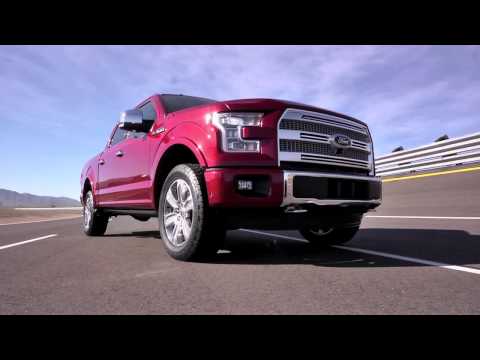 Each year, a bumper crop of new cars ushers in a new model year. Those new cars can be significant redesigns, or simple facelifts, or more.

This year, there's a bigger than usual crop of brand-new cars. Some are vehicles never seen before--vehicles that could make or break some car brands--while others are wholesale reinventions of existing nameplates, with new styling or technology, or both.

Out of those brand-new vehicles, 17 of them are the most important new cars of 2015:

The Acura TLX is set to replace both the TL and TSX in Acura’s sedan range, as the Honda brand tries to focus on more than just crossovers. Our first take? The new TLX is pretty darned brilliant, with the best-tuned suspension you can buy for the money. It’s really that good.

It's a breathtaking two-seater, built from a carbon-fiber chassis with a mid-engine layout. The Alfa Romeo 4C may not be a volume player, but it's a big signal that Fiat Chrysler has big ambitions for the return of Alfa Romeo to America. Dynamically imperfect but damn close to it, the 4C is a limited-run come-on that's basically been fabricated out of thin air for a singular purpose. To make some noise.

The A3 is a critical new family of small cars for the Audi brand. By the time they're all on sale, the A3 lineup will include the sedan, an Avant wagon, a pretty convertible, and diesels, sports models, and a plug-in hybrid hatchback. Throw in the compact Q3 crossover, and Audi has a weapon to fend off the launch of the Mercedes CLA and GLA compacts.

The BMW i8 is a new kind of high-performance, high-priced coupe from the Bavarian manufacturer of the “ultimate driving machine”. It's fast and handles well, but it also has a carbon fiber body and an extended-range electric drivetrain. It's the future of BMW performance, at least for the new "i" sub-brand.

The mid-size truck class finally gets a new entry next year, when the 2015 Chevrolet Colorado and GMC Canyon stake a claim on some of the shoppers who'd otherwise buy an aging Toyota Tacoma or Nissan Frontier. GM says the new trucks will be the best in its segment for power output, trailer-tow capacity, and payload capacity when they go on sale in the fall of 2014.

The new Ford F-150 is a very important new vehicle, not just because it's been the best-selling vehicle in America for decades. This time it's wearing aluminum body panels and is fitted with a range of downsized, turbocharged engines, as Ford looks to leap ahead in the fuel-economy derby. Will buyers accept a lightweight truck in a heavyweight segment? We'll know later this year.

The first all-new Mustang in decades, the 2015 pony car brings with it fresh new styling, an advanced chassis, a plusher interior and a trio of engines including a new four-cylinder turbo. The Mustang also has its first independent suspension across the board, ever--all the better to take on the refreshed Challenger Hellcat and the Chevy Camaro.

True to its name, the Genesis has been the start of something entirely new at Hyundai. And now with the 2015 Hyundai Genesis, the automaker looks prepared to dive in with even more ambition. This time, with revamped infotainment gear, more refined finishes, and a full suite of active-safety features, the Genesis might just cause those champagne glasses over at Lexus to quake a bit.

The Jeep Renegade is an all-new compact utility vehicle for the 2015 model year. Combining Fiat's expertise with small, fuel-efficient vehicles into Jeep's notoriety for ruggedness and iconic styling, the Renegade will take on compact cars like the Kia Soul, with the added spiff of true off-road capability.

The Lincoln MKC is the first real stab at reinventing Lincoln since the MKZ arrived in 2006. Fairly closely related to the Ford Escape, the MKC comes only with turbocharged engines, and has its own sheetmetal and interior, including a pushbutton transmission.

The Macan is a major part of Porsche's plan to become a bigger player in the U.S. market. It's the slightly smaller sibling to Porsche's amazingly successful Cayenne utility vehicle, and a cousin to today's Audi Q5. Base versions cut close to the Audi in price and performance. The Macan Turbo, with its premium suspension and torque vectoring, lives up to its brand and to every letter in the "SUV" acronym.

The Subaru Legacy and Outback are mid-size vehicles that could finally catapult Subaru into the thick of the mass market. With standard all-wheel drive, they're great all-weather alternative to cars like the Honda Accord, Nissan Altima, and Ford Fusion. Fuel economy ranges up to 30 mpg combined, and Subaru's new infotainment system and EyeSight driver-assistance systems are the main tech highlights.

The Volkswagen Golf was the original hot hatchback, but it's no longer a solo act as a class benchmark.The 2015 VW Golf sets out to change all that with new powertrains, a lighter body, and a range of new models--everything from a new Golf SportWagen to an all-electric e-Golf.