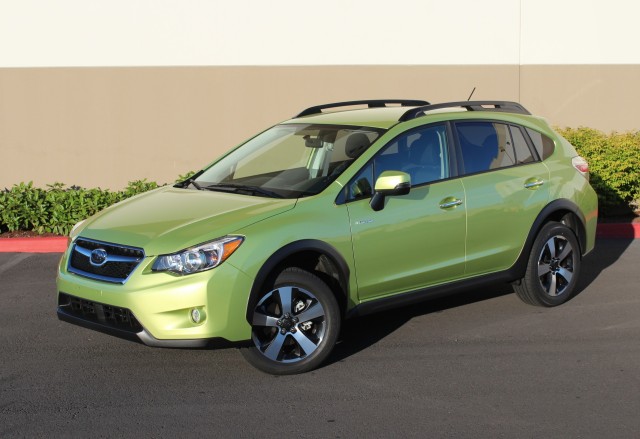 The 2014 Subaru XV Crosstrek Hybrid probably isn’t going to win over typical hybrid shoppers; but it’s going to charm the traditional Subaru crowd—as well as some shoppers who realize that this small hatchback strikes out a lot of the compromises that have traditionally come with all-wheel drive, and tough-terrain tractability.

A decade ago, so-called mild hybrids were supposed to be the next big thing. The idea behind such models, using a relatively weak electric motor and small battery pack to help out the engine when accelerating, then recover energy when coasting and braking, was that you could boost fuel economy by 20 percent or more, without the complicated planetary gearsets and large battery packs of models like the Toyota Prius.

But mild hybrids never quite caught on. GM’s repeated attempts to recast its simple belt-alternator-starter (BAS) hybrid system could never yield the mileage figures the company had hoped for, and Honda, perhaps the best-seller of mild hybrids with its Integrated Motor Assist (IMA) system, couldn’t quite meet expectations on a number of fronts. And they lacked the ‘wow’ factor of being able to start off on electric power only. 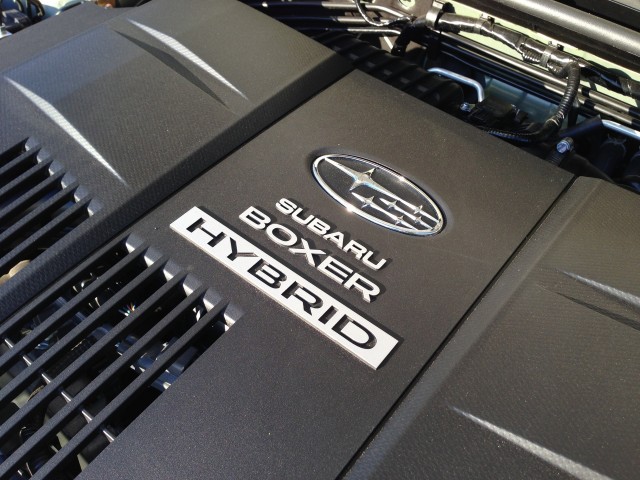 Now there’s Subaru, entering the hybrid fray with the 2014 XV Crosstrek Hybrid, showcasing a new system engineered by the company to deliver a mileage improvement without sacrificing the great packaging of the Crosstrek, or the things we like about Subarus, like their ability to plow through deep snow or the Crosstrek’s awesome 8.7 inches of ground clearance.

And perhaps more importantly, it’s not a mild hybrid system. This one’s technically a full hybrid system, and if you drive as if there’s an egg under your right foot (with the A/C switched off), yes, you can indeed start off silently, only with electricity; you can even maintain it up past 20 mph at times. And at higher speeds, if you ease off the accelerator, the gasoline engine will sometimes shut off completely, letting you glide without much drag.

The setup is promising. Subaru has bumped up the compression ratio of the 2.0-liter horizontally opposed (‘boxer’) four-cylinder engine from 10.5:1 up to 10.8, made some other engine improvements, and fitted it with a thin electric drive motor that makes about 13 hp—or, more importantly, an additional 48 pound-feet of torque from zero up to 1,500 rpm. So the Crosstrek Hybrid makes 160 horsepower and 163 pound-feet—up from 148 hp and 145 hp for the non-hybrid.

ALSO READ: Study: People Who Own Convertibles Are More Educated & More Affluent Than Most Of Us

The capacity of the battery is just 0.55 kWh—small, but advantageous for packaging. Rear floor areas have been revised, Subaru says; but you’d need to park the two versions side by side to know the difference. The back seat is tight, but doable for a couple of adults in the outboard positions, and the rear setbacks still fold virtually flat for larger cargo. Passenger space is exactly the same, while cargo space is down very slightly (I have friends with a Crosstrek who I see quite often, and I didn’t even pick out the difference). For the cargo area there’s a rubberized plastic tray, as well as additional tie-down hooks.

And the torque from the electric motor system erases an issue we’ve had with some other Subaru models with the Lineartronic CVT—that off-the-line acceleration can feel lackluster due to the the tall starting ratio of the transmission. That’s a good thing; although we noticed, at times, that there was too much of a delay for the electric motor system to deliver its boost.

We like how there’s no extraordinary effort to get futuristic with the controls or the badging, or to provide a confusing array of drive modes. The XV Crosstrek keeps the same driving manners, more or less, as the standard CVT model—but with some much appreciated additional noise insulation—and some drivers might not even know that there are two power sources being divvied. You also get low-rolling-resistance tires, as well as active grille shutters.—things that, in the Crosstrek, aren’t in conflict at all with how people expect this vehicle to drive.

The only serious criticism of the Crosstrek is that there’s next to no engine braking when you need it. In Drive, the system tends to coast and ‘glide’ quite easily when you lift off the accelerator. Unfortunately it can't seem to tell the difference between gliding when you want it, and engine braking when you want it. Lift off the accelerator on even a slight downhill, and the Crosstrek requires that you divvy out your own brake regen by lightly dabbing the brake pedal. Even switching to manual mode and raising revs with one of the lower ‘simulated’ ratios doesn’t slow progress or add much control.

For Subaru’s ‘active’ set, who spends a lot of time in the mountains, hills, and dales, that’s a disappointment for drivability, and a simple 'grade logic' like transmissions have had for decades would go a long way here.

We saw more improvement than the EPA did

Gas mileage was better than we expected. Over about 160 miles, we averaged 31 mpg in the Crosstrek Hybrid—which matches the EPA Combined figure and, based on what we’ve seen in a couple of experiences with the standard XV Crosstrek, is about 5 mpg better than what we’d have seen in the non-hybrid model. The bad news is that in actual EPA ratings—depending on how much faith you have in them—the Hybrid doesn’t do quite as well, with ratings of 31 mpg Combined (29/33 mpg) versus 28 mpg Combined (25/33 mpg). 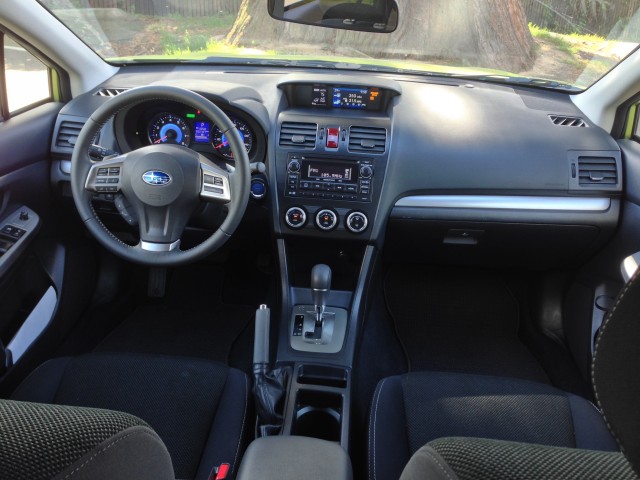 Our test car arrived in base spec, with no added options, at just $26,820. That includes automatic climate control, a multi-function gauge cluster, a leather-trimmed steering wheel, keyless entry, and push-button start. The base car also comes with a 4.3-inch screen, with a rearview camera system. Some of that is equipment you don’t get on the base Premium XV Crosstrek, and yet the price premium is $3,000 over the non-hybrid.

Not a clear pick for frugal types. What value, the hybrid badge?

Well, based on those EPA figures, the federal government lists an annual fuel cost of $1,750 for the Hybrid, versus $1,900 for the non-hybrid, based on 15,000 miles a year. So it could take a very long time, if ever, for the Hybrid’s premium to pay off.

If you do more of your driving in the city, at low speeds, or if the price of gas skyrockets, then the Hybrid could potentially work out to be a smart investment, however.

Our take: Go with the standard Crosstrek (although you might want to wait until they extend the Hybrid’s added sound insulation to the other models), and ride your bike once in a while instead. You’re a Subaru shopper; you’re in shape...right?